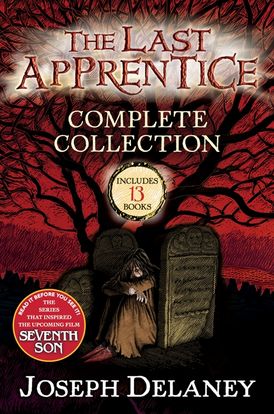 All 13 volumes of Joseph Delaney's internationally best-selling fantasy adventure series, The Last Apprentice, plus the two short story collections and The Spook's Bestiary—all together for the first time!

Tom Ward is the seventh son of a seventh son. As the Spook's apprentice, he will face boggarts, witches, ghosts, and other terrifying creatures of the night. Other apprentices have come before him. Some have failed. Some have fled. Some have died. Will Tom be the one who survives—especially when he becomes the target of the world's greatest evils?

Includes 16 books set in the world of the acclaimed series that inspired the major motion picture Seventh Son.