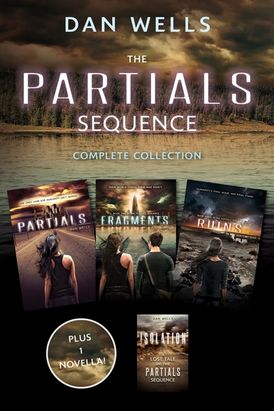 For fans of The Hunger Games, Battlestar Galactica, and Blade Runner comes the Partials Sequence, a fast-paced, action-packed, and riveting sci-fi teen series, by acclaimed author Dan Wells. This collection contains all four books in the series.

Partials: Humanity is all but extinguished after a war with Partials—engineered organic beings identical to humans—has decimated the population. Reduced to only tens of thousands by a weaponized virus to which only a fraction of humanity is immune, the survivors in North America have huddled together on Long Island. But sixteen-year-old Kira is determined to find a solution. As she tries desperately to save what is left of her race, she discovers that that the survival of both humans and Partials rests in her attempts to answer questions about the war's origin that she never knew to ask.

Isolation: This digital novella takes us back to the front lines of this war, a time when mankind's ambition far outstripped its foresight. Heron, a newly trained Partial soldier who specializes in infiltration, is sent on a mission deep behind enemy lines. What she discovers there has far-reaching implications—not only for the Isolation War, but for Partials and humans alike long after this war is over.

Fragments: After discovering the cure for RM, Kira Walker sets off on a terrifying journey into the ruins of postapocalyptic America and the darkest desires of her heart in order to uncover the means—and a reason—for humanity's survival.

Ruins: Kira, Samm, and Marcus fight to prevent a final war between Partials and humans in the gripping final installment in the Partials Sequence. There is no avoiding it—the war to decide the fate of both humans and Partials is at hand. Both sides hold in their possession a weapon that could destroy the other, and Kira Walker has precious little time to prevent that from happening. She has one chance to save both species and the world with them, but it will only come at great personal cost. 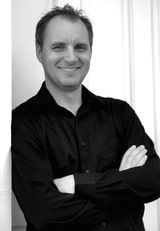 Dan Wells is the author of the john Cleaver series: I Am Not a Serial Killer, Mr Monster, and I Don’t Want to Kill You. He has been nominated for both the Hugo and Campbell award and has won two Parsec Awards for his podcast, Writing Excuses. He plays a lot of games, reads a lot of books and eats a lot of food, which is pretty much the ideal life he imagined for himself as a child. You can find out more online at www.fearfulsymmetry.net.

Other Works by Dan Wells