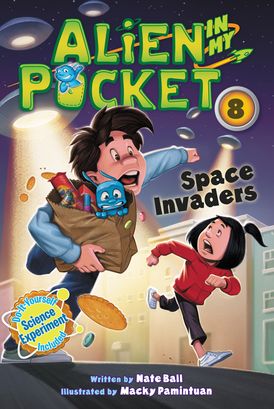 It’s the thrilling conclusion to the Alien in My Pocket series! With a page-turning plot, plenty of fun science facts, illustrations throughout, and a do-it-yourself, hands-on experiment at the end, this is an appealing chapter book series for young readers. And it’s all from the amazing brain of MIT graduate Nate Ball, host of PBS’s Emmy Award–winning Design Squad series.

Zack has grown fond of his troublesome buddy, Amp, since the four-inch-tall alien crash-landed his spaceship through Zack’s bedroom window. They’ve gotten into more than their fair share of trouble together, but they’ve always invented a way out of it. Until a fleet of ships from Amp’s home planet filled the sky and started firing its weapons. Zack and Amp have to do the thing most kids only dare imagine—save the world! 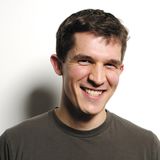 Nate Ball is the host of the Emmy and Peabody award-winning PBS reality shows Design Squad and Design Squad Nation. An MIT graduate with a master’s in mechanical engineering, Nate is also the cofounder of Atlas Devices, a two-time All-American pole-vaulter, and a competitive beatboxer. He lives with his wife in Cambridge, Massachusetts.

Other Works by Nate Ball 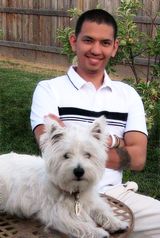 Alien in My Pocket #6: Forces of Nature