Revenge and the Wild 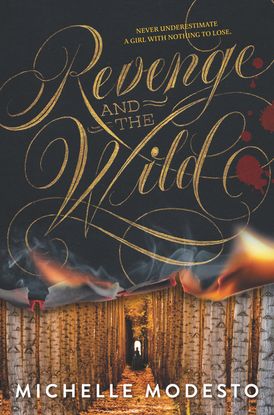 Revenge and the Wild

True Grit meets True Blood in this delightfully dark and fantastical Western perfect for fans of Gail Carriger, Cassandra Clare, and Holly Black. This thrilling novel is a remarkable tale of danger and discovery, from debut author Michelle Modesto.

The two-bit town of Rogue City is a lawless place, full of dark magic and saloon brawls, monsters and six-shooters. But it’s just perfect for seventeen-year-old Westie, the notorious adopted daughter of local inventor Nigel Butler.

Westie was only a child when she lost her arm and her family to cannibals on the wagon trail. Seven years later, Westie may seem fearsome with her foul-mouthed tough exterior and the powerful mechanical arm built for her by Nigel, but the memory of her past still haunts her. She’s determined to make the killers pay for their crimes—and there’s nothing to stop her except her own reckless ways.

But Westie’s search ceases when a wealthy family comes to town looking to invest in Nigel’s latest invention, a machine that can harvest magic from gold—which Rogue City desperately needs as the magic wards that surround the city start to fail. There’s only one problem: the investors look exactly like the family who murdered Westie’s kin. With the help of Nigel’s handsome but scarred young assistant, Alistair, Westie sets out to prove their guilt. But if she’s not careful, her desire for revenge could cost her the family she has now.

“This strong debut will delight fans of the genre” - Kirkus Reviews

“Impossible to put down.” - Voice of Youth Advocates (VOYA) 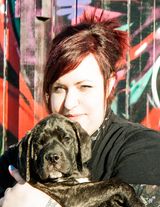 Other Works by Michelle Modesto