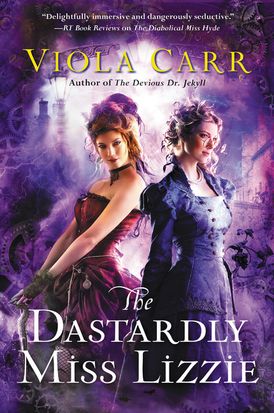 Dr. Eliza Jekyll must turn to her dark side, Miss Lizzie Hyde, to stop a madman who’s targeting London’s most important scientists and sorcerers, terrorizing the city with dark magic, in this third Electric Empire novel—a dazzlingly original steampunk fantasy set in the gritty world of alternate Victorian London, with echoes of H. G. Wells’s classic, The Time Machine.

Being two people in one body isn’t easy. Metropolitan Police crime scene physician Eliza Jekyll is trying to maintain a semblance of control, even as her rebellious second self, Lizzie, grows increasingly wild—threatening the respectable Eliza’s reputation and her marriage to Remy Lafayette, the Royal Society investigator and occasional lycanthrope. With England on the brink of war, Remy’s away in sorcery-riddled Paris on a secretive mission that grows ever more sinister. Has he been an enemy agent all along? Or is coping with her secret divided self finally driving Eliza mad?

Eliza needs her mind clear and sharp if she’s to catch an evil genius who is killing eminent scientists. The chase uncovers a murky world of forbidden books, secret laboratories, and a cabal of fanatical inventors whose work could change the world—or destroy it—and who may hold answers to Eliza’s mysterious past.

As sorcery-wielding terrorists attack London, Eliza discovers her own enemies are closing in, driving her to desperate measures—enlisting the aid of the wily, resourceful, mercurial Lizzie—to thwart the killer. But Lizzie’s got her own life now, and true to her nature, will resort to the devious and diabolical to keep it. Even if it means throwing Eliza to the wolves, and letting the world burn. . . .

“In this third dazzlingly complex installment of the Electric Empire series, Carr expands her otherworldly historical setting impressively, and provides her two heroines with a marvelous opportunity to grow...this book pushes the bounds of reality without losing its interest or credibility. Indeed, these daring twists make the book a success. Best of all, Carr honors the spirit of both her heroines in this story, providing plenty of insight along with the action.” — RT Book Reviews

“Carr’s knack for atmospheric storytelling and fast pacing keeps things rocketing along toward an explosive, bloody resolution, and the dueling voices of Eliza and Lizzie give the tale a unique set of perspectives.” — Publishers Weekly

“Viola Carr has surpassed her earlier efforts. As in previous entries, Carr blends mystery, steampunk, science fiction, and all the literary references you might wish into one fantastic adventure... a fitting end to the trilogy” — Culturess.com 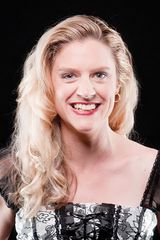 Viola Carr is the author of the Electric Empire trilogy. She was born in Australia, but wandered into darkest London one foggy October evening and never found her way out. She now devours countless history books and dictates fantastical novels by gaslight, accompanied by classical music and the snoring of her slumbering cat.

Other Works by Viola Carr