The Sim War: Book One 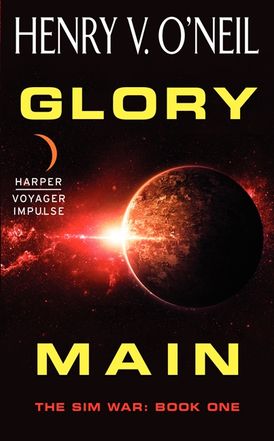 The Sim War: Book One

We are closer to the Sims than we think …

For decades, mankind has been locked in a war with an alien enemy that resembles the human race so closely they are known as the Sims. Both sides battle for control of habitable planets across the galaxies—often at any cost.

Lieutenant Jander Mortas is fresh out of officer training and new to the war zone but eager to prove himself. There's just one problem: disaster strikes while he's traveling to his first assignment. He wakes to find himself marooned on a planet that appears deserted, with the only other survivors: a psychoanalyst, a conscientious objector, and a bitter veteran of a brutal slave-scout detachment. As the group struggles to reach safety on a nearby base, Glory Main, they discover a Sim colony—which could mean their salvation, or their demise.

Thrown together, they must fight the harsh elements, an ever-present enemy, and possibly each other.

“A well-written, fast, and compelling read. Henry V. O’Neil certainly knows the military, and knows how to craft an engrossing story. ... Glory Main is everything an updated version of Starship Troopers should be, a cracking good read.” - The Spec Fiction Hub

“A strong military science fiction debut. ... Glory Main is a satisfying story of survival against all odds and I look forward to whatever book two of The Sim Wars has to offer.” - SF Signal 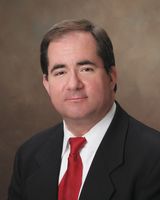 Henry V. O'Neil is the name under which award-winning mystery novelist Vincent H. O'Neil publishes his science fiction work. A graduate of West Point, he served in the US Army Infantry with the 10th Mountain Division at Fort Drum, New York, and in the 1st Battalion (Airborne) of the 508th Infantry in Panama. He has worked as a risk manager, a marketing copywriter, and an apprentice librarian.

Other Works by Henry V. O'Neil

Doctor Who: The Book of Whoniversal Records