A New Nonfiction in Two Movements 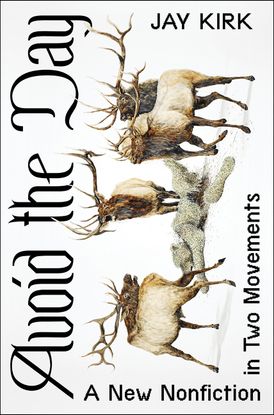 A New Nonfiction in Two Movements

"Avoid the Day truly seems to me to push nonfiction memoir as far as it can go without it collapsing into a singularity and I am at a loss for words. You are just going to have to read it." –Helen Macdonald, author of H is for Hawk

A surreal, high-wire act of narrative nonfiction that redefines the genre, Avoid the Day is part detective story, part memoir, and part meditation on the meaning of life—all told with a dark pulse of existential horror. What emerges is an unforgettable study of mortality and the artist’s journey.

Seeking to answer the mystery of a missing manuscript by Béla Bartók, and using the investigation to avoid his father’s deathbed, award-winning magazine writer Jay Kirk heads off to Transylvania, going to the same villages where the “Master,” like a vampire in search of fresh plasma, had found his new material in the folk music of the peasants. With these stolen songs, Bartók redefined music in the 20th Century. Kirk, who is also seeking to renew his writing, finds inspiration in the composer’s unorthodox methods, but begins to lose his tether as he sees himself in Bartók’s darkest and most personal work, the Cantata Profana, which revolves around the curse of fathers and sons.

After a near-psychotic episode under the spell of Bartók, the author suddenly finds himself on a posh eco-tourist cruise in the Arctic. There, accompanied by an old friend, now a documentary filmmaker, the two decide to scrap the documentary and make a horror flick instead—shot under the noses of the unsuspecting passengers and crew. Playing one of the main characters who finds himself inexplicably trapped on a ship at the literal end of the world, alone, and under the influence of the midnight sun, Kirk gets lost in his own cerebral maze, struggling to answer his most plaguing question: can we find meaning in experience?

“Walter Benjamin wrote that great works of literature either found genres or dissolve them, but Jay Kirk’s utterly inspired Avoid the Day somehow manages to do both at once. I’ve never read anything quite like it — a vividly funny Gothic picaresque; a deeply learned incursion into mythopoetry; and a dark, self-consuming act of memoiristic alchemy — and I suspect I never will.” - Gideon Lewis-Kraus, author of A Sense of Direction: Pilgrimage for the Restless and the Hopeful

"Jay Kirk's Avoid the Day makes me think of The Thing and The Golden Bough and Hunter S. Thompson and David Foster Wallace and Kierkegaard doing shots in the forest while the Milky Way rotates coldly overhead and oh my god...It truly seems to me to push nonfiction memoir as far as it can go without it collapsing into a singularity and I am at a loss for words. You are just going to have to read it." - Helen Macdonald, author of H is for Hawk

“Avoid the Day is a marvel—a Melvillean chimera—a half-mad detective story that is also a fever dream of a memoir. At heart, the book is a hunt—for ghosts, lost manuscripts, and the truths hidden behind our symbols. What carries us swirling irresistibly along—from a neo-Gothic childhood in the mountains of Vermont, to the backwaters of Transylvania, to the ice fields of the high Arctic—is Kirk's maelstrom mind and his virtuoso prose.”
- Donovan Hohn, author of Moby-Duck and The Inner Coast: Essays 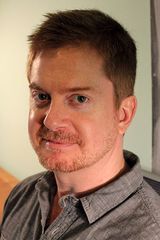 JAY KIRK is the author of Kingdom Under Glass, named one of the Best Nonfiction Books of 2010 by the Washington Post. His award-winning nonfiction has been published in Harper’s, GQ, the New York Times Magazine, and anthologized in Best American Crime Writing, Best American Travel Writing, and Submersion Journalism: Reporting in the Radical First Person from Harper’s Magazine. He is the recipient of a Whiting Award, a Pew Fellowship in the Arts, and was a finalist for the 2013 National Magazine Award. He teaches in the Creative Writing Program at the University of Pennsylvania, where he founded XFic.org, a journal of experimental nonfiction.

Other Works by Jay Kirk