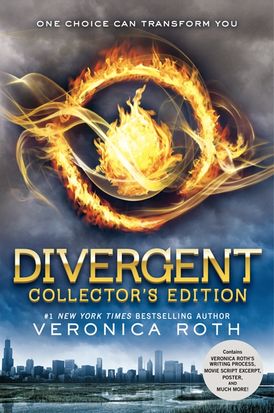 The #1 New York Times bestseller that started a worldwide phenomenon and inspired a major motion picture is now available in a beautifully designed Collector's Edition.

This deluxe package features 72 pages of bonus content, including:

This edition makes a great gift for established fans who want to expand their Divergent library or who already own the Insurgent Collector's Edition; readers new to the series who want a fuller reading experience; and fans of the feature film.

Taking place in a futuristic Chicago in which society is divided into five factions, Divergent is the gripping story of a dystopian world transformed by courage, self-sacrifice, and love.