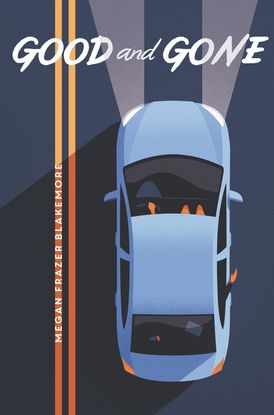 Honest and emotionally charged, Good and Gone is the story of a teenage girl who must find her way back to herself as she grapples with the truth of what her boyfriend did to her. A gripping YA that will appeal to fans of Jandy Nelson and Sara Zarr.

When Lexi Green’s older brother, Charlie, starts plotting a road trip to find a famous musician who’s been reported missing, she’s beyond confused. Her brother hasn’t left the couch since his girlfriend broke up with him months ago—but he’ll hop in a car to find some hipster rocker? Concerned at how he seems to be rebounding, Lexi decides to go along for the ride.

Besides, Lexi could use the distraction. The anger and bewilderment coursing through her after getting dumped by her pretentious boyfriend Seth has left her on edge. As Lexi, Charlie, and their neighbor Zack hit the road, Lexi recalls bits and pieces of her short-lived romance and sees, for the first time, what it really was: a one-sided, cold-hearted manipulation game. Not only did Seth completely isolate her, but he took something she wasn't ready to give up.

The further along in their journey they get, the three uncover much more than empty clues about a reclusive rocker’s whereabouts. Instead, what starts off as a car ride turns into something deeper as each of them faces questions they have been avoiding for too long. Like the real reason Charlie has been so withdrawn lately. What Seth stole from Lexi in the pool house. And if shattered girls can ever put themselves back together again.

“A heartbreaking, raw, and  ultimately hopeful road trip of discovery.” - Maria Padian, author of Wrecked and Out of Nowhere

“Lexi’s wit, fuled by simmering rage, keeps her ruminations trenchant even when she finally breaks; leaving no doubt she will emerge wise and stronger for her experience.” - Bulletin of the Center for Children’s Books (starred)

“Challenges male and female double standards by questioning them without pedantry or superiority. A well-balanced delivery of heavy topics tempered with wry humor.” - Kirkus Reviews

“Blakemore tackles issues like rape and mental illness while accurately capturing the language, angst, and melodrama that is being a modern teenager. An achingly accurate, well-rounded contemporary read.” - School Library Journal

“With life lessons, capers, and heartfelt conversations abounding, this is a satisfying, mature, complex read.” - ALA Booklist

“Depth that will ring true for its teen audience.” - Voice of Youth Advocates (VOYA) 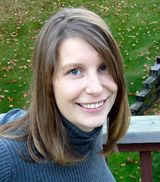 Megan Frazer Blakemoregrew up in a college town in New Hampshire much like the one in her book Very in Pieces. She attended Columbia University, where she earned a degree in English. After brief stints in the Peace Corps and the television industry, she pursued a master's in library science at Simmons School of Library and Information Science. She has over ten years' experience as a librarian and has taught writing to students in elementary through graduate school. She lives in Maine with her husband, two children, a cat, and two hives of bees. She is the author of books for teens and young readers, including Secrets of Truth & Beauty, an Indie Next Kids' Pick; The Water Castle, which was named a Kirkus Reviews Best Book of the Year; The Spy Catchers of Maple Hill; and Good and Gone.

Other Works by Megan Frazer Blakemore

Love and Other Train Wrecks

The End of Our Story

Anatomy of a Misfit