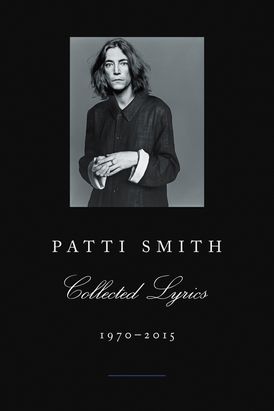 Initially published in 1998, Patti Smith’s Complete Lyrics was a testimony to her uncompromising poetic power. Now, on the fortieth anniversary of the release of Horses, Smith’s groundbreaking album, Collected Lyrics has been revised and expanded with more than thirty-five additional songs and liberally illustrated with original manuscripts of lyrics from Smith’s extensive archive.

Patti Smith’s work continues to retain its relevance, whether controversial, political, romantic, or spiritual. Collected Lyrics offers forty-five years of song, an enduring commemoration of Smith’s unique contribution to the canon of rock and roll.

Praise for the Original Edition: “The first great rock’n’roll collection to be published since Dylan’s Lyrics: 1962-1985.” - Salon

“Her influence in music today is undeniable. There’s not anybody I know in a band anywhere who does not revere the records she put out. There was a rawness and energy to Horses that I had not heard in any other music. From then on, my life was changed.” - Michael Stipe, R.E.M.

“Patti Smith is not only a great performer, she is a shaman—that is, someone in touch with other levels of reality.” - William S. Burroughs

“The shamanic impulse-invocation of spirits, channeling of the voices of dead poets, prayer to unknown forces-pulses through the three hundred pages or so of Smith’s Collected Lyrics, 1970-2015…” - New York Review of Books

“To see Smith’s galvanizing lyrics on the page, without musical embellishment, is to encounter the essence of her art-the radiant spectrum of her concerns, the razor-edge of her wit, and the depth of her emotions.” - Booklist 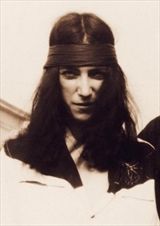 Patti Smith is a writer, performer, and visual artist. She gained recognition in the 1970s for her revolutionary mergence of poetry and rock and was inducted into the Rock & Roll Hall of Fame in 2007. Her seminal album Horses, bearing Robert Mapplethorpe’s renowned photograph, hasbeen hailed as one of the top one hundred albums of all time. Her books include M Train, Witt, Babel, Woolgathering, The Coral Sea, and Auguries of Innocence.

Other Works by Patti Smith

Anger Is an Energy

Life Is a Gift

Diary of a Madman