College Football and the Secret Heart of America 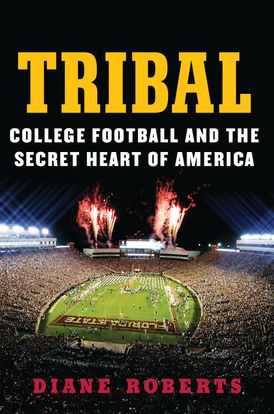 College Football and the Secret Heart of America

Florida State’s football team is always in the headlines, producing Heisman Trophy candidates, winning championships, and, at the same time, dealing with federal investigations into corruption and rape. Same as many big time collegiate sports programs. Seems no matter how the team transgresses off the field, if they excel on the field, everyone forgives them. Writer, professor and conflicted Seminole Diane Roberts looks at the problems plaguing her campus in Tallahassee, examining them within the context of college football itself and its significance in American life, and explores how the game shapes our culture.

“Tribal is a lover’s quarrel with college football so raucous, so entertainingly appalled, and so wise that it goes down as easily as a shot of bourbon from a smuggled flask on a Saturday afternoon in the fall.” - Will Blythe, New York Times bestselling author of To Hate Like This is to Be Happy Forever

“In Diane Roberts’s deft hands, football is never just a game-it’s a mirror of American attitudes toward gender, class, and especially race. Roberts is a brilliant cultural critic and a dream of a writer, and Tribal is not only timely-it’s necessary reading.” - Gilbert King, Pulitzer Prize-winning author of Devil in the Grove

“People who have decided to read one book having to do with college football should choose Tribal. Roberts presents the attractions of the game as well as the recognition that college football as practiced at Florida State and places like it is indefensible-part ‘beloved tradition,’ part ‘corporate enterprise.” - Boston Globe

“Those experiences were no doubt the germ of Tribal which exudes Roberts’ satirical Southern sensibility and way of wrapping hard truths in a droll, frequently bawdy and baroque kind of humor that can combine TMZ tabloid shock and Faulknerian literary awe in the same paragraph.” - Atlanta Journal-Constitution

“A gifted writer, [Roberts] is rightly outraged by the sport and her school’s links with some of the uglier aspects of American life, but she truly adores the ‘Noles. Most readers will share her ambivalence while thoroughly enjoying her take on a troubled sport.” - Booklist (starred review)

“[Tribal] affords an explanation of one of the most profound puzzles of today’s college-sports scene: why the NCAA colossus has not only secured the American psyche in a stranglehold but continues to tighten its grip.” - BookForum

“Diane Roberts is a wonder. She’s a surpassingly insightful writer and is as funny as a stand-up comic. Her book Tribal, on college football and far more, is a sui generis masterpiece.” - Robert Olen Butler, Pulitzer Prize-winning author of A Good Scent from a Strange Mountain

“Diane Roberts is irresistible, the Molly Ivins of Florida, and Tribal is essential to understanding the dynamics of American culture. Tribal isn’t just a good book, it’s a great one-and hilarious to boot.” - Bob Shacochis, National Book Award-winning author of Easy in the Islands 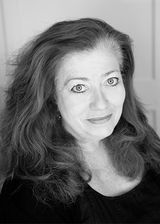 Diane Roberts is a contributor to NPR, the Guardian, and the Oxford American, among many other publications. She is the author of three books, and her work has been anthologized in Best American Essays and Best American Food Writing. She holds a PhD from Oxford University and teaches literature and creative writing at Florida State University in Tallahassee.

Other Works by Diane Roberts