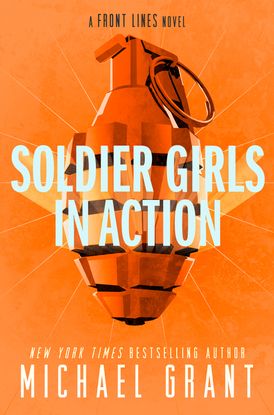 In this first digital original novella set in the world of the Front Lines series, Michael Grant showcases the real-life female journalists of World War II who became the first women war correspondents in history.

When fierce reporter Anne “Spats” Patrone joins the front lines, she gains access to the female soldiers of Second Squad, Fifth Platoon, Company A, 119th Division, including Rio Richlin. During her journalistic investigation on the front lines she will discover that women are capable of much more than fighting. But what starts out as a pursuit for a story turns deadly when Germans attack. Will Spats make it out alive?