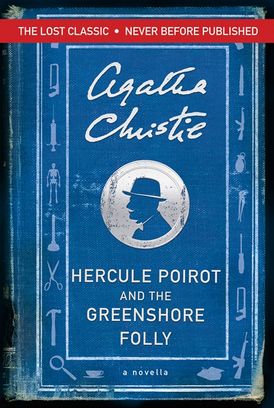 A party game goes dead wrong in this ingenious mystery from the most beloved novelist of all time. Hercule Poirot, the world's favorite detective, has agreed to take part in a mock murder mystery in a charming English village—but when tragedy strikes, a different sort of game begins ...

In 1954, Agatha Christie wrote this novella with the intention of donating the proceeds to a fund set up to buy stained glass windows for her local church at Churston Ferrers, and she filled the story with references to local places, including her own home of Greenway. But, having completed it, she decided instead to expand the story into a full-length novel, Dead Man's Folly, which was published two years later, and donated a Miss Marple story (Greenshaw's Folly) to the church fund instead.

Unseen for sixty years, Hercule Poirot and the Greenshore Folly is finally published in this ebook-exclusive edition.