Why Islam Needs a Reformation Now 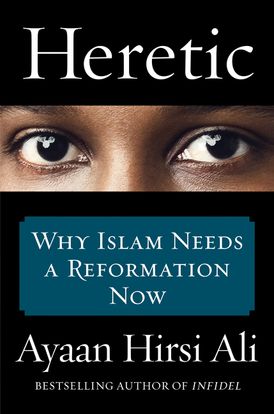 Why Islam Needs a Reformation Now

Continuing her journey from a deeply religious Islamic upbringing to a post at Harvard, the brilliant, charismatic and controversial New York Times and Globe and Mail #1 bestselling author of Infidel and Nomad makes a powerful plea for a Muslim Reformation as the only way to end the horrors of terrorism, sectarian warfare and the repression of women and minorities.

Today, she argues, the world’s 1.6 billion Muslims can be divided into a minority of extremists, a majority of observant but peaceable Muslims and a few dissidents who risk their lives by questioning their own religion. But there is only one Islam and, as Hirsi Ali shows, there is no denying that some of its key teachings—not least the duty to wage holy war—are incompatible with the values of a free society.

For centuries it has seemed as if Islam is immune to change. But Hirsi Ali has come to believe that a Muslim Reformation—a revision of Islamic doctrine aimed at reconciling the religion with modernity—is now at hand, and may even have begun. The Arab Spring may now seem like a political failure. But its challenge to traditional authority revealed a new readiness—not least by Muslim women—to think freely and to speak out.

Courageously challenging the jihadists, she identifies five key amendments to Islamic doctrine that Muslims have to make to bring their religion out of the seventh century and into the twenty-first. And she calls on the Western world to end its appeasement of the Islamists. “Islam is not a religion of peace,” she writes. It is the Muslim reformers who need our backing, not the opponents of free speech.

Interweaving her own experiences, historical analogies and powerful examples from contemporary Muslim societies and cultures, Heretic is not a call to arms, but a passionate plea for peaceful change and a new era of global toleration. In the wake of the Charlie Hebdo murders, with jihadists killing thousands from Nigeria to Syria to Pakistan, this book offers an answer to what is fast becoming the world’s number one problem.

Praise for Infidel: “Brave, inspiring, and beautifully written…Narrated in clear, vigorous prose, it traces the author’s geographical journey from Mogadishu to Saudi Arabia, Ethiopia and Kenya, and her desperate flight to the Netherlands to escape an arranged marriage.” - The New York Times

“Ayaan Hirsi Ali is one of Europe’s most controversial political figures and a target for terrorists. A notably enigmatic personality whose fierce criticisms of Islam have made her a darling of...conservatives...and...popular with leftists...Soft-spoken but passionate.” - Boston Globe

“A powerful, compelling read…Put simply, this woman is a heroine.” - The Christian Science Monitor

“A charismatic figure...of arresting and hypnotizing beauty...[who writes] with quite astonishing humor and restraint.” - Christopher Hitchens

“The five areas for Islamic reform highlighted by Ayaan in this book require deep consideration by my fellow Muslims…I thank Ayaan for having the resilience and determination to help in continuing this ongoing conversation.” - Maajid Nawaz, Co-founder and Chair of Quilliam, counter-extremism think-tank

“She is absolutely right to raise difficult issues that must be addressed worldwide, especially by Muslims...I hope that this book will help to stimulate vital discussions for the future of Islam, and in fact for the future of humanity.” - Sheikh Dr. Usama Hasan, imam and Islamic scholar

“Audacious? Quixotic? Visionary? Necessary? All of the above. This an urgent, complicated, risky subject, and Hirsi Ali, valiant, indomitable, and controversial, offers a potent indictment, idealistic blueprint, and galvanizing appeal to both conscience and reason.” - Donna Seaman, Booklist

“Whatever one may think of her solutions, Hirsi Ali should be commended for her unblinking determination to address the problem.” - Andrew Anthony, The Guardian

“Surprisingly constructive…[Hirsi Ali] goes to work with much reasonability and significant knowledge of the subject matter” - Carel Peeters, Vrij Nederland

“We ignore her quill to our shame and peril.” - Katherine Ernst, City Journal

“Hirsi Ali offers a fine example for the braver souls among us.” - Michael Totten, Commentary 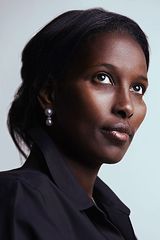 Ayaan Hirsi Ali is the New York Times bestselling author of Infidel, Nomad, and The Caged Virgin. A prominent speaker, debater, and journalist, she was chosen as one of Time magazine’s 100 most influential people in the world. She is now a fellow at Harvard University’s John F. Kennedy School of Government. Hirsi Ali is the founder of the AHA Foundation.

Other Works by Ayaan Hirsi Ali