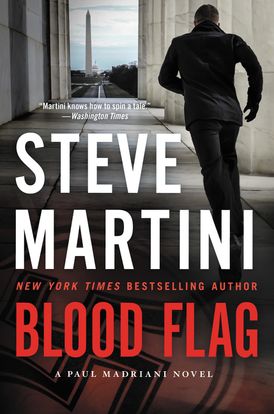 Defending a client accused of killing her father, attorney Paul Madriani is drawn into a treacherous conspiracy dating to World War II in this enthralling installment in the New York Times bestselling series.

Paul Madriani and Harry Hinds have a new client: Emma Brauer, a woman accused in the “mercy killing” of her aged father, Robert Brauer. Insisting she’s innocent, Emma tells Paul about a package sent to her father shortly before he entered the hospital. Bequeathed to him by a member of his unit from World War II, the box contains a key and a slip of paper. Emma fears that this package is connected to her father’s death.

When Paul’s young assistant Sofia is murdered, Madriani is blindsided by the realization that Emma’s fears are well-grounded.

Digging into Robert’s military history, Madriani discovers that other members of the Army unit Robert served with have recently died—under similarly suspicious circumstances. When he finds that the box sent to Brauer relates to a mysterious talisman that went missing at the end of the war—a feared Nazi relic known as the “Blood Flag”—Madriani and Hinds realize they are in for the fight of their lives.

With Emma’s life on the line and their own safety in jeopardy, Madriani must uncover the truth before the evil of the Blood Flag is allowed to spin a new web.

“Get ready for a great read…. If 10 stars could be given, Martini rates them all.” - Suspense Magazine

“Steve Martini’s writing is smooth, clear and easy to become immersed in. The integrity he writes into his characters feels as fresh as a Pacific Ocean breeze. A rewarding read with strong characters and an outstanding sense of realism.” - Mystery Scene

“With plenty of surprises waiting just around each corner, Blood Flag is a fast-paced thriller that picks up steam on its way to a shocking, climactic ending that most readers will not see coming.” - Therealbookspy.com

“The spooky, conspiratorial tone and nature of “Blood Flag” harks to those great Robert Ludlum international romps. . . . A slam-bang tale with as many twists as pages. A perfect summer read.” - Providence Journal on Blood Flag 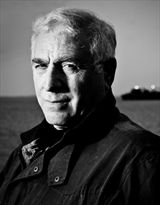 Steve Martini is the author of numerous New York Times bestsellers, including The Enemy Inside, Trader of Secrets, The Rule of Nine, Guardian of Lies, Shadow of Power, Double Tap, and others featuring defense attorney Paul Madriani. Martini has practiced law in California in both state and federal courts and has served as an administrative law judge and supervising hearing officer. He lives in the Pacific Northwest.

Other Works by Steve Martini