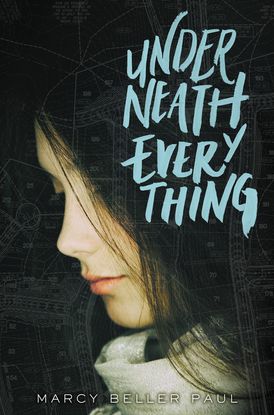 Underneath Everything is a seductive, gorgeously written debut about two girls bound by an obsessive and toxic friendship, perfect for fans of Lauren Oliver and Courtney Summers.

Mattie shouldn't be at the bonfire. She should be finding new maps for her collection, hanging out with Kris, and steering clear of almost everyone else, especially Jolene. After all, Mattie and Kris dropped off the social scene the summer after sophomore year for a reason. But now Mattie is a senior, and she's sick of missing things. So here she is. And there's Jolene: Beautiful. Captivating. Just like the stories she wove. Mattie would know—she used to star in them. She and Jolene were best friends. Mattie has the scar on her palm to prove it, and Jolene has everything else, including Hudson.

But when Mattie runs into Hudson and gets a glimpse of what could have been, she decides to take it all back: the boyfriend, the friends, the life she was supposed to live. Problem is, Mattie can't figure out where Jolene's life ends and hers begins. Because there's something Mattie hasn't told anyone: She walked away from Jolene over a year ago, but she never really left.

“Lyrical, nuanced, and achingly real, Marcy Beller Paul’s debut explores the unmappable territory that is female friendship with honesty and heart. This is a book for every girl who’s ever gotten lost trying to find where she ends and her best friends begin—which, let’s face it, is every girl.” — Amanda Maciel, author of Tease

“Marcy Beller Paul’s Underneath Everything is a lyrical and haunting debut novel. The story of Mattie and Jolene digs right into the heart of a poisonous friendship between two teenage girls, and I found myself holding my breath during the book’s final pages.” — Jennifer Mathieu, author of The Truth About Alice

“Paul’s writing has a dreamlike quality that will keep readers wondering how much is imagined and how much is real.” — Publishers Weekly 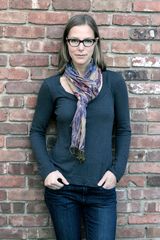 Marcy Beller Paul is bad at reading maps but good at folding notes. She graduated from Harvard University in Massachusetts and worked as an editor in New York before moving back to New Jersey, where she now lives with her husband and two children. Underneath Everything is her first novel.

Other Works by Marcy Beller Paul