By the Late John Brockman 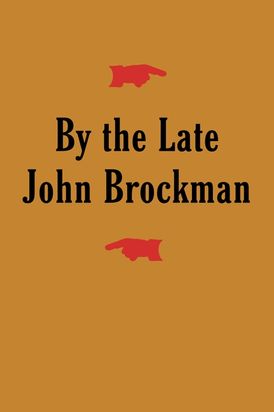 By the Late John Brockman

A radical, experimental work that challenges the boundaries of poetry, philosophy, and science. First published in 1969, this new and expanded edition of John Brockman’s first book, By The Late John Brockman, also includes the full text of 37 (1971), and Afterwords (1973).

This edition features a new foreword by Hans Ulrich Obrist, co-director of the Serpentine Gallery and author of Ways of Curating.

“The most important book since Wittgenstein’s Tractatus Logico-Philosophicus.” — Alan Watts, author of The Way of Zen

“Thoroughly inspiring. ... Part of a great lineage of experimental volumes that invent new formats.” — from the foreword by Hans Ulrich Obrist, co-director of the Serpentine Gallery, author of Ways of Curating

“By the Late John Brockman deserves to be read and experienced as few books do in these times of informational overload.” — San Francisco Review of Books (cover story)

“My debt to John Brockman is great: he taught me the essential non-existence of the screen of words.” — John C. Lilly, author of The Human Biocomputer

“Brockman takes the mystery of language and puts it right back into its own mystery. ... A remarkable achievement.” — Heinz von Foerster, author of Understanding Understanding: Essays on Cybernetics and Cognition

“Only once in a great while is a new book issued that is so much a harbinger of a new age of consciousness that its very publishers have not the least conception of what they have unwittingly wrought upon the world.” — The East Village Other 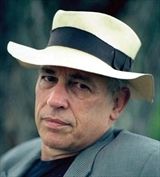 The publisher of the online science salon Edge.org, John Brockman is the editor of Know This, This Idea Must Die, This Explains Everything, This Will Make You Smarter, and other volumes.

Other Works by John Brockman

This Will Make You Smarter

This Will Make You Smarter

This Idea Is Brilliant