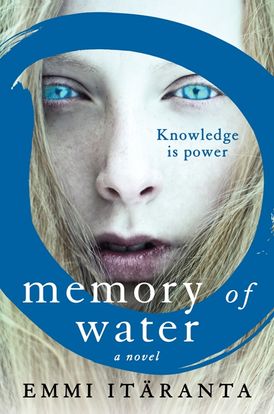 An amazing, award-winning speculative fiction debut novel by a major new talent, in the vein of Ursula K. Le Guin.

Global warming has changed the world’s geography and its politics. Wars are waged over water, and China rules Europe, including the Scandinavian Union, which is occupied by the power state of New Qian. In this far north place, seventeen-year-old Noria Kaitio is learning to become a tea master like her father, a position that holds great responsibility and great secrets. Tea masters alone know the location of hidden water sources, including the natural spring that Noria’s father tends, which once provided water for her whole village.

But secrets do not stay hidden forever, and after her father’s death the army starts watching their town—and Noria. And as water becomes even scarcer, Noria must choose between safety and striking out, between knowledge and kinship.

Imaginative and engaging, lyrical and poignant, Memory of Water is an indelible novel that portrays a future that is all too possible.

“An emotionally nuanced study in morality, which draws its suspense from love, choices, and the mark that everyone leaves on the world.” - Helsingin Sanomat - Finland newspaper

“An exceptionally fine debut novel in which all elements come together in a controlled and well-considered manner. At the same time, the novel is fascinating and addictive.” - Turun Sanomat - Finland newspaper

“Where Itäranta shines is in her rejection of conventional plots and in her understated but compelling characters. The work is a deceptively tranquil examination of a world of dust and ashes where the tenacious weed of hope still survives.” - Publishers Weekly (starred review)

“The writing is gorgeous and delicate in this dystopian award-winning debut, which is unique in both its setting and the small scale that Finnish author Itäranta employs.” - Library Journal (starred review) on Memory of Water

“Itäranta’s lyrical style makes this dystopian tale a beautiful exploration of environmental ethics and the power of ritual.” - Washington Post Book World on MEMORY OF WATER

“[Memory of Water] is simultaneously a coming-of-age story, a fantastic adventure, and a bold warning about a future that is all too real.” - Portland Book Review on MEMORY OF WATER 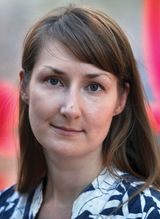 Emmi Itäranta writes fiction in Finnish and English. Her professional background is an eclectic mix of writing-related activities, including stints as a columnist, theatre critic, scriptwriter and press officer. She is the author of Memory of Water and lives in Canterbury, England.

Other Works by Emmi Itäranta