The Most Daring Prison Camp Raid of World War II 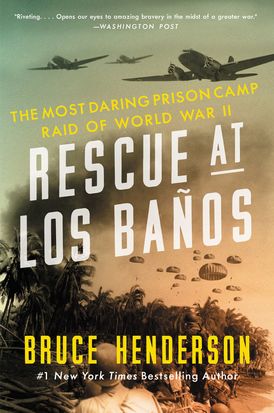 The Most Daring Prison Camp Raid of World War II

From the bestselling author of Hero Found comes the incredible true story of one of the greatest military rescues of all time, the 1945 World War II prison camp raid at Los Baños in the Philippines—a tale of daring, courage, and heroism that joins the ranks of Ghost Soldiers, Unbroken, and The Boys of Pointe du Hoc.

In February 1945, as the U.S. victory in the Pacific drew nearer, the Japanese army grew desperate, and its soldiers guarding U.S. and Allied POWs more sadistic. Starved, shot and beaten, many of the 2,146 prisoners of the Los Baños prison camp in the Philippines—most of them American men, women and children—would not survive much longer unless rescued soon.

Deeply concerned about the half-starved and ill-treated prisoners, General Douglas MacArthur assigned to the 11th Airborne Division a dangerous rescue mission deep behind enemy lines that became a deadly race against the clock. The Los Baños raid would become one of the greatest triumphs of that war or any war; hailed years later by Chairman of the Joint Chiefs of Staff, General Colin Powell: “I doubt that any airborne unit in the world will ever be able to rival the Los Baños prison raid. It is the textbook operation for all ages and all armies.”

Combining personal interviews, diaries, correspondence, memoirs, and archival research, Rescue at Los Baños tells the story of a remarkable group of prisoners—whose courage and fortitude helped them overcome hardship, deprivation, and cruelty—and of the young American soldiers and Filipino guerrillas who risked their lives to save them.

“Riveting. ... Opens our eyes to... amazing bravery in the midst of a greater war. ... Readers [will] be both shocked by the conditions that POWs had to endure and appreciative of the bravery and ingenuity of that generation we have come to call the greatest.” - Washington Post

“Bruce Henderson has told a wonderfully exciting story of one of war’s greatest rescues with verve, style, and panache. I didn’t even stop for coffee during my reading: it was so classically unputdownable.” - Simon Winchester, New York Times bestselling author of The Men Who United the States

“An epic survival story of men and women held captive in a Japanese internment camp in the Philippines until their remarkable rescue by U.S. paratroopers and Filipino guerrillas three years later. Fast-paced and compelling, Rescue at Los Banos is as gripping as any suspense novel.” - Vincent Bugliosi, author of Helter Skelter and Reclaiming History

“Riveting…Bruce Henderson does it again with his account of the prisoners at Los Banos. I felt their agonies, sacrifices, and exhilaration. Any reader would love this account of individuals triumphing over seemingly impossible obstacles.” - John Wukovits, author of Hell From the Heavens

“The agony and anguish for the Japanese-held Los Banos internees - all civilians and including children and small babies - is almost beyond belief. The raid by U.S. paratroopers that set them free is breathtaking.” - Bill Sloan, author of Undefeated

“Bruce Henderson has managed to pull one of the most daring rescue missions in military history out of obscurity and turn it into a solid book of passion and fascinating detail. He has done his readers - and military history buffs in general - a great service.” - Captain Dale Dye, USMC (Ret), author of Contra File and other Shake Davis novels and Hollywood military adviser

“Reads like an adventure thriller and sheds new light on one of the most compelling stories of World War II. ... Anyone who enjoyed Laura Hillenbrand’s Unbroken or Mitchell Zuckoff’s Lost in Shangri-La should check this one out.” - Military.com 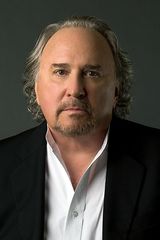 Bruce Henderson is the author or coauthor of more than twenty nonfiction books, including the #1 New York Times bestseller And The Sea Will Tell, which was made into a highly-rated TV miniseries. General Colin Powell has called the Los Baños raid "a textbook operation for all ages and all armies." An award-winning journalist and author, Henderson is a member of the Authors Guild and the American Society of Journalists and Authors. He has taught reporting and writing courses at USC School of Journalism and Stanford University.

Other Works by Bruce Henderson