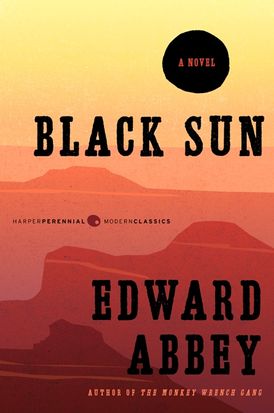 The timeless novel that chronicles a reckless romance in the wilderness, from Edward Abbey, one of America’s foremost defenders of the natural environment.

Black Sun is a bittersweet love story involving an iconoclastic forest ranger and a freckle-faced “American princess” half his age. Like Lady Chatterley’s lover, he initiates her into the rites of sex and the stark, secret harmonies of his wilderness kingdom. She, in turn, awakens in him the pleasure of love. Then she mysteriously disappears, plunging him into desolation.

Black Sun is a singular novel in Abbey’s repertoire, a romantic story of a solitary man’s passion for the outdoors and for a woman who is his wilderness muse.

“Like most honest novels, Black Sun is partly autobiographical, mostly invention, and entirely true. The voice that speaks in this book is the passionate voice of the forest,” Abbey writes, “the madness of desire, and the joy of love, and the anguish of final loss.”

“Abbey can attain a kind of glory in his writing. He takes scenes that have been well-traveled by other writers, and re-creates them as traditional American myths.” — New York Times Book Review

“One of the very best writers to deal with the American West.” — Washington Post Book World

“Abbey is a fresh breath from the father reaches and canyons of the diminishing frontier.” — Houston Chronicle 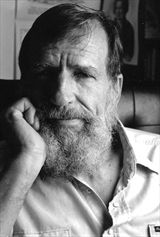 Other Works by Edward Abbey