The Aristocrat Who Became France's Most Daring Anti-Nazi Commando 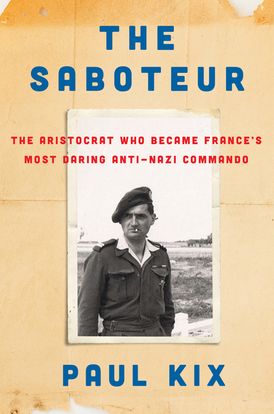 The Aristocrat Who Became France's Most Daring Anti-Nazi Commando

In the tradition of Agent Zigzag comes this breathtaking biography, as fast-paced and emotionally intuitive as the very best spy thrillers, which illuminates an unsung hero of the French Resistance during World War II—Robert de La Rochefoucauld, an aristocrat turned anti-Nazi saboteur—and his daring exploits as a résistant trained by Britain’s Special Operations Executive.

A scion of one of the most storied families in France, Robert de La Rochefoucauld was raised in magnificent chateaux and educated in Europe's finest schools. When the Nazis invaded and imprisoned his father, La Rochefoucauld escaped to England and learned the dark arts of anarchy and combat—cracking safes and planting bombs and killing with his bare hands—from the officers of Special Operations Executive, the collection of British spies, beloved by Winston Churchill, who altered the war in Europe with tactics that earned it notoriety as the “Ministry of Ungentlemanly Warfare.” With his newfound skills, La Rochefoucauld returned to France and organized Resistance cells, blew up fortified compounds and munitions factories, interfered with Germans’ war-time missions, and executed Nazi officers. Caught by the Germans, La Rochefoucauld withstood months of torture without cracking, and escaped his own death, not once but twice.

The Saboteur recounts La Rochefoucauld’s enthralling adventures, from jumping from a moving truck on his way to his execution to stealing Nazi limos to dressing up in a nun’s habit—one of his many disguises and impersonations. Whatever the mission, whatever the dire circumstance, La Rochefoucauld acquitted himself nobly, with the straight-back aplomb of a man of aristocratic breeding: James Bond before Ian Fleming conjured him.

More than just a fast-paced, true thriller, The Saboteur is also a deep dive into an endlessly fascinating historical moment, telling the untold story of a network of commandos that battled evil, bravely worked to change the course of history, and inspired the creation of America’s own Central Intelligence Agency.

“Kix has produced a narrative that is both chilling and powerful… These many narratives, about holding dear to one’s honor in the face of persecution by a powerful enemy, will never go out of style. The reason they remain popular and widely read today is this implicit question: What would you have done?... Reading The Saboteur, one understands how a certain person at a certain time answered it. La Rochefoucauld faced torture and death, yet he carried on. There is inspiration in his example, and that makes The Saboteur well worth reading.” — New York Times Book Review

“The Saboteur is a mesmerizing book that builds up propulsive momentum until its final twists. It was a joy to disappear into this story. Like only the very best historical biographers, Paul Kix has turned years of deep reporting into a tightly coiled narrative that you never want to put down.” — Eli Saslow, Pulitzer Prize winner and author of Ten Letters: The Stories Americans Tell Their President

“Set in motion by a steamed-open letter and a burning hatred of Hitler, a dashing young aristocrat embarks on a campaign of clandestine warfare. The Saboteur sounds like a World War II spy thriller, but in fact it is a rip-roaring true story, wonderfully told by Paul Kix.” — Mitchell Zuckoff, New York Times bestselling author of 13 Hours and Lost in Shangri-La

“The Saboteur is completely engrossing and elegantly told, which means any reader of this work will inevitably want more and more.” — Washington Post

“A winner: the stories are fascinating, the pages nearly turn themselves, and La Rochefoucauld is a true hero.” — Kirkus Reviews (starred review)

“Kix’s sharp, well-paced writing is perfect for telling La Rochefoucauld’s story. But this is more than a gripping yarn of daring-do. La Rochefoucauld was a complex character, and Kix’s portrait is nuanced and moving… [posing] the big questions: What is duty? What is courage? What is loyalty?” — BookPage

“Journalist Kix had to do first-class detective work using primary sources to create this riveting story. Fans of World War II history will eagerly read this story, which is almost as exciting as a James Bond novel.” — Library Journal

“This thoroughly sourced account is highly readable and effectively showcases the life of a fascinating, complex man whose too-little-known role in the Resistance will be of great interest to followers of WWII history.” — Booklist

“This is nonfiction that reads like a straight-up thriller, and the fact that the story is true just makes it that much more incredible. History buffs, adrenaline junkies, and WWII nerds—this one is for you.” — Bookish

“Kix takes the reader from adventure to adventure, and all of it is narrated with a curiously effective combination of historical perspective and fictional thriller dramatics... The reminder that “The Saboteur” is at heart a hero’s tale is very refreshing.” — Christian Science Monitor

“Mr. Kix has consulted numerous diaries, interviewed survivors and spent much time with La Rochefoucauld’s family and friends. For the most part his research is meticulous, …[ and The Saboteur] provides a lively picture of a brave man, for whom patriotism, nobility and duty were immutable principles of life.” — Caroline Moorehead, Wall Street Journal

“This is first-class adventure writing, which, coupled with a true-life narrative of danger and intrigue, adds up to all-night reading.” — Alan Furst, New York Times

“Paul Kix... already did the heavy lifting, providing more particulars in 227 pages than most academic historians do in backbreaking tomes.... Kix leaves very little for the reader to imagine on their own. Some of the descriptions are extremely terrifying... but they’re also necessary if one is to understand the plight of the protagonist.” — DigBoston

“[The Saboteur] is very engaging. [Kix] moves quickly along, striking a good balance, with tangential explanations when needed. He builds and maintains a sense of Rochefoucauld’s ever-present fear of betrayal and capture. He does not gloss over the complicity of most of the French people, nor does he spend inordinate time railing against them. His focus in the biography is the courage, luck, skill, and determination of a freedom-loving Saboteur. — San Francisco Book Review 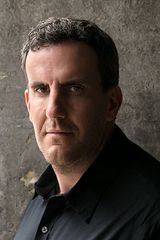 Paul Kix is a deputy editor at ESPN the Magazine. His work has appeared in the New Yorker, GQ, New York, Men’s Journal, and the Wall Street Journal, among others. He lives in Connecticut with his wife and children.

Other Works by Paul Kix