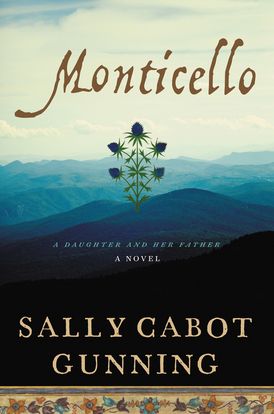 From the critically acclaimed author of The Widow's War comes a captivating work of literary historical fiction that explores the tenuous relationship between a brilliant and complex father and his devoted daughter—Thomas Jefferson and Martha Jefferson Randolph.

After the death of her beloved mother, Martha Jefferson spent five years abroad with her father, Thomas Jefferson, on his first diplomatic mission to France. Now, at seventeen, Jefferson’s bright, handsome eldest daughter is returning to the lush hills of the family’s beloved Virginia plantation, Monticello. While the large, beautiful estate is the same as she remembers, Martha has changed. The young girl that sailed to Europe is now a woman with a heart made heavy by a first love gone wrong.

The world around her has also become far more complicated than it once seemed. The doting father she idolized since childhood has begun to pull away. Moving back into political life, he has become distracted by the tumultuous fight for power and troubling new attachments. The home she adores depends on slavery, a practice Martha abhors. But Monticello is burdened by debt, and it cannot survive without the labor of her family’s slaves. The exotic distant cousin she is drawn to has a taste for dangerous passions, dark desires that will eventually compromise her own.

As her life becomes constrained by the demands of marriage, motherhood, politics, scandal, and her family’s increasing impoverishment, Martha yearns to find her way back to the gentle beauty and quiet happiness of the world she once knew at the top of her father’s “little mountain.”

“Gunning . . . does an elegant job of re-creating history in a novel that portrays the passions and disappointments of the people making that history.” - Cape Cod Times 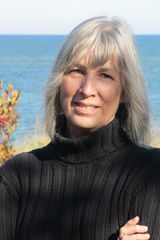 A lifelong resident of New England, Sally Cabot Gunning has immersed herself in its history from a young age. She is the author of the critically acclaimed Satucket Novels—The Widow’s War, Bound, and The Rebellion of Jane Clarke—and, writing as Sally Cabot, the equally acclaimed Benjamin Franklin’s Bastard. She lives in Brewster, Massachusetts, with her husband, Tom.