The Distance Between Lost and Found 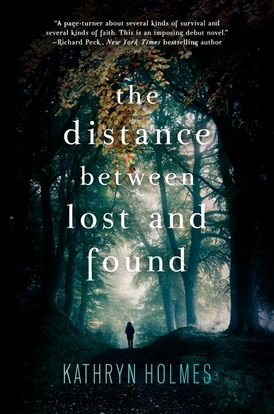 The Distance Between Lost and Found

Blending elements of Laurie Halse Anderson’s Speak and Gary Paulsen’s Hatchet, this gripping story from Kathryn Holmes was deemed “a page turner” by author Richard Peck and “an intense story of survival” by ALA Booklist in its starred review.

Sophomore Hallie Calhoun has just endured the most excruciating six months of her life. Once the rumors about her and the preacher’s son, Luke, made their way around school, her friends abandoned her, and as a result, Hallie has completely withdrawn.

Now on a hiking trip in the Smoky Mountains with the same people who have relentlessly taunted her, Hallie is pushed to her limit. Then Hallie, outgoing newcomer Rachel, and Jonah—Hallie’s former friend—get separated from the rest of the group. As days go by without rescue, their struggle for survival turns deadly. Stranded in the wilderness, the three have no choice but to trust one another in order to stay alive…and for Hallie, that means opening up about what really happened that night with Luke.

From the catty atmosphere of high school to the unpredictable terrain of the mountains, this novel is a poignant, raw journey about finding yourself after having been lost for so long.

“This intimate portrayal of Hallelujah’s dark night of the soul while lost and injured in the Smoky Mountains held me spellbound. Kathryn Holmes’s debut is sensitively painted, deeply romantic, and profoundly hopeful.” - Julie Berry, author of All the Truth That's in Me, ALA YALSA Top 10 Best Fiction for Young Adults

“Hallelujah Calhoun is a trailblazer for those who have endured lies and bullying and learn not only to survive, but to stand up for the truth.” - Courtney C. Stevens, author of Faking Normal

“The Distance Between Lost and Found is both a suspense-filled survival story and a thoughtful look at faith, trust, and courage that will stay with you after you’ve turned the last page. I didn’t want it to end.” - Trish Doller, author of Where the Stars Still Shine

“A beautifully written story of faith, friendship, and first love that is truly un-put-downable.” - Lauren Morrill, author of Meant to Be and Being Sloane Jacobs

“An intense story of survival. First-time author, Holmes, writes with the skill of far more experienced writer as she plots the teens’ struggles to keep going and offers vivid descriptions of nature and its sometimes terrible beauty.” - Booklist (starred review)

“Readers will root for Hallie, a compelling original, to find faith in herself. Vivid, gripping and believable from beginning to end-a strong debut.” - Kirkus Reviews

“This is a perfectly balanced novel wherein the heroine wrestles with survival of not just her body but her spirit as well.” - School Library Journal

“This is a novel of trauma, faith and hope. It will appeal to a diverse audience.” - Voice of Youth Advocates (VOYA)

“In this absorbing debut, Holmes—as well versed in survival tactics as she is in the teenage psyche—delivers plenty of excitement.” - Publishers Weekly

“The survival story effectively overlays adolescent crises over rugged nature; readers will find echoes of Hatchet as these teens find strength, courage, and redemption in their struggle to survive in a hostile yet breathtakingly beautiful environment.” - Bulletin of the Center for Children’s Books 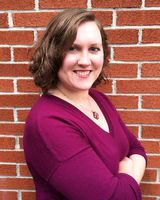 Kathryn Holmes grew up in Maryville, Tennessee, where she was an avid reader and an aspiring writer from an early age. She now lives in Brooklyn, New York, with her husband and piles upon piles of books. A graduate of the New School's MFA in creative writing program, Kathryn works as a freelance dance journalist, among other writing gigs. The Distance Between Lost and Found is her debut novel.

Other Works by Kathryn Holmes