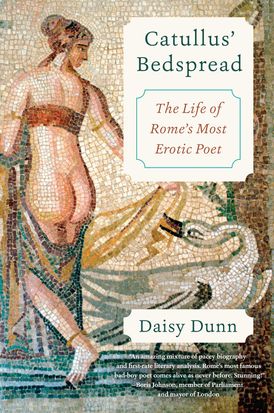 A vivid narrative that recreates the life of Gaius Valerius Catullus, Rome’s first modern” poet, and follows a young man’s journey through a world filled with all the indulgences and sexual excesses of the time, from doomed love affairs to shrewd political maneuvering and backstabbing—an accessible, appealing look at one of history’s greatest poets.

Born to one of Verona’s leading families, Catullus spent most of his young adulthood in Rome, mingling with the likes of Caesar and Cicero and chronicling his life through his poetry. Famed for his lyrical and subversive voice, his poems about his friends were jocular, often obscenely funny, while those who crossed him found themselves skewered in raunchy verse, sudden objects of hilarity and ridicule. These bawdy poems were disseminated widely throughout Rome. Many of his poems recall his secret longstanding affair with the seductive older Clodia.

While Catullus and Clodia made love in the shadows, the whole of Italy was quaking as Caesar, Pompey and Crassus forged a doomed alliance for power. During these tumultuous years, Catullus increasingly turned to darker subject matter, and he finally composed his greatest work of all—a poem about the decoration on a bedspread—which forms the heart of this biography, a work of beauty that will achieve immortality and make Catullus a legend.

“Superlative translation…Dunn’s beautifully written biography is a superb portrait of this most human of poets who leaps to life, hating and loving as ferociously as ever, before our 21st-century eyes.” - Sunday Times (London)

“Aficionados of lively, finely crafted biography are well-served…Weaving well-researched social history with a compelling account of political machinations in Rome, the picture here is not just of a libertine prone to writing of his obscene desires, but a soulful man at the heart of a remarkable age.” - The Guardian

“A haunting reminder of how little humanity has changed over two thousand years and a moving introduction to the greatest love poet of all time.” - Robert Harris, New York Times bestselling author of FATHERLAND, IMPERIUM, and DICTATOR (January, 2016)

“An excellent introduction to a fabulous, scurrilous poet, a poet who reminds modern readers how little humans have changed in the intervening millennia. . . . Classicist Daisy Dunn presents a lucid and provoking interpretation of one of Ancient Rome’s most fascinating and enduring literary figures.” - Shelf Awareness

“Dunn’s work is sure to entice intrigued readers to her worthy subject…Extracting insights about Catullus’ life from his poems, she places him expertly in his time and place…Dunn’s exploration provides fascinating nuggets of knowledge, social history, and poetry.” - Publishers Weekly

“Dunn uses the poet Catullus as a lens through which to view late-republic Rome, with all its political intrigue, empire building, and, yes, sex...she places him expertly in his time and place...Dunn’s exploration provides fascinating nuggets of knowledge, social history, and poetry.” - Publishers Weekly

“Dunn extrapolates boldly from the poems in a quasi-novelistic manner…and weaves a circumstantial web around the elusive poet featuring prominent contemporaries such as Cicero, Julius Caesar…Dunn is at her strongest when concentrating on the crucial relationship of Catullus’ life…his agonizing love for the unreliable Clodia.” - Financial Times

“Dunn does a brilliant job of recreating Rome in the first century BC as an everyday place…This is a triumph of modern classical scholarship made accessible through lucid writing.” - Independent (London)

“An amazing mixture of pacey biography and first-rate literary analysis. Rome’s most famous bad-boy poet comes alive as never before. Stunning!” - Boris Johnson, member of Parliament and mayor of London

“Dunn’s undoubted strength is as a sure-footed and elegant literary critic…CATULLUS’ BEDSPREAD is richly woven , and Dunn’s deep passion for her subject is patent, as she sifts through the smallest of hints to build up her picture.” - The Spectator

“A bold undertaking…Dunn has skillfully fashioned a full and persuasive biography from meagre records....but it is really only the poems that matter. Dunn loves them, and has translated and analyzed them acutely. Any reader of Catullus will want to have this book.” - Allan Massie, Literary Review

“The task of piecing together a biography from verse alone is one that Daisy Dunn performs with admirable creativity and diligence.” - The Times (London)

“For all those of us who love counting stars none burns brighter in the literary firmament than that of Gaius Valerius Catullus - Daisy Dunn’s brilliant new biography of the Roman master will shine beams of light on his darkly passionate poetry.” - Professor Paul Cartledge, University of Cambridge

“Simultaneously imaginative and learned, Daisy Dunn has written the perfect introduction to Catullus and his world.” - Tom Holland, author of DYNASTY: THE RISE AND FALL OF THE HOUSE OF CAESAR

“Dunn’s imaginative, enriching and quick-witted book reminds us that Catullus is a poet for all time...Her prose is Catullan in its versatility: she can be deliciously coarse and...lyrical.” - Standpoint Magazine

“In this hugely enjoyable study of Catullus’ life and work, Daisy Dunn lifts the lid on an era and world that remains engrossing two millennia on.” - Catholic Herald

“Bold…Dunn does not shrink from examining and translating anything and everything. As a result, she gives a far more complete and rounded picture of the poet…Any reader of Catullus will want to have this book.” - Ancient World

“With very little documentary evidence to go on, Dunn has crafted an imagined picture of Catullus’s life, recounting exactly what he thought and felt with creative abandon…Dunn writes beautifully and clearly adores her subject. She deserves plaudits for bringing this fine poet and his tumultuous times so vividly to life.” - Daily Mail (London) 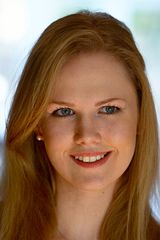 Dr Daisy Dunn is a British writer, based in London. She read Classics at Oxford, followed by an MA in Art History at the Courtauld and a PhD in Classics, funded by the AHRC, at UCL, where she also taught Latin. She also writes for the Daily Telegraph, Spectator, Standpoint, Evening Standard, History Today, and Apollo. She frequently delivers lectures and public talks around London. She is a trustee of the Joint Association of Classical Teachers and sits on the board of Classical Association News.

Other Works by Daisy Dunn