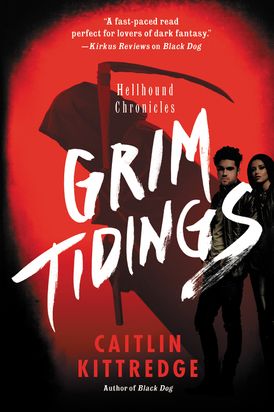 In this thrilling sequel to Black Dog—the first volume of award-winning Caitlin Kittredge’s dark urban fantasy series, Hellhound Chronicles—a soul catcher must stop demonic monsters from her past from infecting the world.

After winning her freedom from a reaper and facing off against a fearsome demon boss, Ava is now a masterless hellhound. Her friend, Leo, has found a new life after death: He’s returned as the Grim Reaper—the first in centuries. As both try to adjust to their new circumstances, Ava’s dark past comes back to wreak havoc on her . . . and the entire world.

A breed of monsters as smart as vampires—but who behave like zombies—has been sighted in Kansas. Ava can’t believe these “zompires” are back. She thought she’d kicked their asses for good when she first battled them in a Nazi death camp. Now, they’re spreading their infection across America’s heartland thanks to a nasty piece of business named Cain.

Free at last after being locked up in Hell for millennia, Cain has some scores to settle. To stop him, Ava must form an unholy alliance with some old foes . . . a bargain that will lead her to uncover deeply buried truths about her past—and Leo’s future. 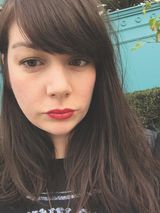 Caitlin Kittredge has written several comic books and novels for adults and teens. She spends her time in Massachusetts fixing up her 1881 Victorian house, which she shares with several spoiled cats and a vast collection of geeky ephemera. You can follow her on Twitter @caitkitt.

Other Works by Caitlin Kittredge