The Immortal Who Loved Me 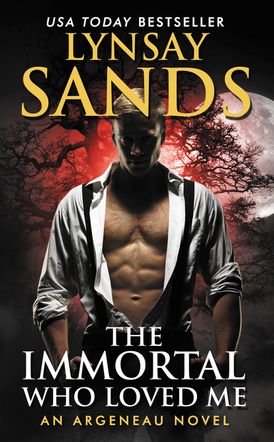 The Immortal Who Loved Me

A few hours ago, Sherry Carne would have sworn that vampires didn’t exist. That’s before rogue immortals rampage through her store, leaving bloody chaos (literally) in their wake. The kicker comes when Sherry learns that one of the vamps on the bad guys’ trail may be her life mate. Her head says it’s impossible. The rest of her takes one look at Basileios Argeneau and has much more interesting ideas.

Whatever Basil expected in a life mate, funny, outspoken Sherry isn’t it. But mind-blowing chemistry and instinct don’t lie. They tell him something else, too—that Sherry’s connection to the immortal world goes deeper than she knows. And that she’s in the kind of danger only Basil can save her from—if she’ll just trust him, now and forever . . .

“Sands continues her Argeneau series with Basil’s story and maintains the levels of suspense, heat and humor she’s known for. Basil and Sherry’s relationship moves beyond the sexual, and the physical and emotional dangers they have to confront create a strong, endearing bond. Intense sensuality, captivating romance.” — Kirkus Reviews

“Humor and delightful character interactions between both familiar and new faces…resulting in a rich, satisfying read for both series veterans and newcomers.” — Publishers Weekly

Basil and Sherry’s romance is thrilling and sexy, and fans of the series won’t want to miss this latest installment — Romantic Times BOOKclub

Bite Me If You Can

A Bite to Remember