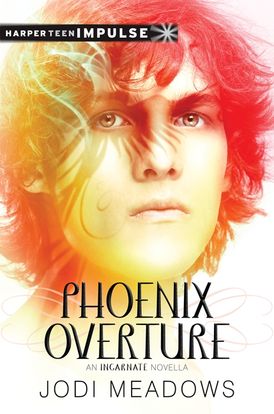 This breathtaking and lyrical novella captures a thrilling and momentous decision for a young man and the people he loves. Told from the perspective of Sam, the sensitive musician from Jodi Meadows's Incarnate series, lifetimes before he meets Ana, Phoenix Overture is a story of love and loss, strength and courage, and facing the consequences of the hardest of decisions.

Phoenix Overture offers existing fans a deeper insight into a favorite character and the intriguing history of Heart, while new readers will find a stunning introduction to this rich world and the romantic, captivating fantasy of the Incarnate series.

In the wilds around the Community where Sam and his family have taken shelter, life is dangerous. Dragons, trolls, centaurs, and other monsters fill the world. The word comes from the council that everyone must leave and journey to rescue their leader, Janan, who has been abducted by a mysterious new enemy in the north. Faced with overwhelming threats that bring death and destruction, Sam and the others reach the northern Range and, reunited with Janan, are given an unimaginable opportunity. Although it would give them the privilege to live and learn and love without fear, the choice is not without its own dire consequences. And lives—though not theirs—are sure to be lost. Just how much are they willing to give up to save themselves? 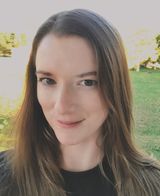 Jodi Meadows wants to be a ferret when she grows up and she has no self-control when it comes to yarn, ink, or outer space. Still, she manages to write books. She is the author of the Incarnate trilogy, the Orphan Queen duology, and the Fallen Isles trilogy and coauthor of the New York Times bestseller My Lady Jane. Visit her at www.jodimeadows.com.

The Queen of Oz

Dark Side of the Rainbow

Order of the Wicked

Hunting of the Last Dragon