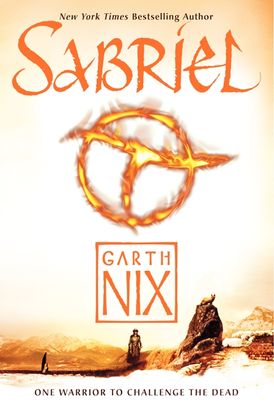 “Nix has created an ingenious, icy world. The action charges along at a gallop. A page-turner for sure.” — ALA Booklist (starred review)

“By turns rousing, charming and slyly funny, Sabriel is an engaging tale that slays sexual stereotypes along with its monsters.” — San Francisco Chronicle

“Nix’s monsters are scary and repulsive, his sense of humor is downright sneaky, and he puts his heroine through engrossing physical and emotional wringers. This book is guaranteed to keep readers up way past their bedtimes.” — School Library Journal

“A compelling fantasy. The story is remarkable for the level of originality and leaves readers to explore for themselves.” — Horn Book Magazine

“I think Garth Nix has created a really remarkable and persuasive world; and done it in the grand style of heroic romance-with some wonderful twists and turns. His Sabriel is a herione truly worthy of that role.” — Lloyd Alexander, author of The Black Cauldron

“An involving fantasy that takes off running and doesn’t let up the pace until the final page. The pacing is exquisite, the suspense rising and falling and rising again until the truly edge-of-your-seat finale. A winner for fantasy and adventure lovers.” — Bulletin of the Center for Children’s Books

“Sabriel has a fast pace, drama, vivid descriptions, excitement and humour. Packs of putrefying zombies, too. What more could you want?” — Guardian Unlimited, Susan Price, author of The Sterkarm Handshake