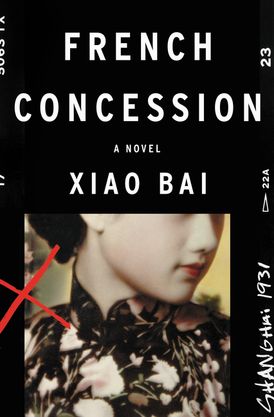 An acclaimed Chinese writer makes his English language debut with this heart-stopping literary noir, a richly atmospheric tale of espionage and international intrigue, set in Shanghai in 1931—an electrifying, decadent world of love, violence, and betrayal filled with femme fatales, criminals, revolutionaries, and spies.

A boat from Hong Kong arrives in Shanghai harbor, carrying an important official in the Nationalist Party and his striking wife, Leng. Amid the raucous sound of firecrackers, gunshots ring out; an assassin has shot the official and then himself. Leng disappears in the ensuing chaos.

Hseuh, a Franco-Chinese photographer aboard the same boat, became captivated by Leng’s beauty and unconcealed misery. Now, she is missing. But Hsueh is plagued by a mystery closer to home: he suspects his White Russian lover, Therese, is unfaithful. Why else would she disappear so often on their recent vacation? When he’s arrested for mysterious reasons in the French Concession and forced to become a police collaborator, he realizes that in the seamy, devious world of Shanghai, no one is who they appear to be.

Coerced into spying for the authorities, Hseuh discovers that Therese is secretly an arms dealer, supplying Shanghai’s gangs with weapons. His investigation of Therese eventually leads him back to Leng, a loyal revolutionary with ties to a menacing new gang, led by a charismatic Communist whose acts of violence and terrorism threaten the entire country.

His aptitude for espionage draws Hseuh into a dark underworld of mobsters, smugglers, anarchists, and assassins. Torn between Therese and Leng, he vows to protect them both. As the web of intrigue tightens around him, Hsueh plays a dangerous game, hoping to stay alive.

“[An] absorbing novel of character and mood…Readers of Alan Furst’s noir novels of Europe on the edge of World War II will find much to enjoy in this superior novel.” - Library Journal

“Xiao Bai has done something totally different. He didn’t write about the 1930’s and the concessions as background for his story-they are the subjects of his writing. He is writing in the tradition of Honoré de Balzac.” - Feng Tao, book editor and critic in Shanghai

“Rich with historical detail, Xiao Bai’s French Concession is a sensual, intellectual thriller--which like human memory, is pulled from the chaos of truth and lies, desire and regret.” - Simon Van Booy

“A complex and fast-paced plot that twists around the murder, in the spring of 1931, of a Nanking politico on his arrival in Shanghai…A political and police novel, historical fresco, and mirror of human passions.” - Il Manifesto (Italy) 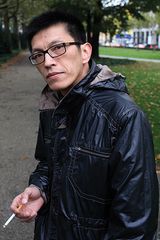 Other Works by Xiao Bai