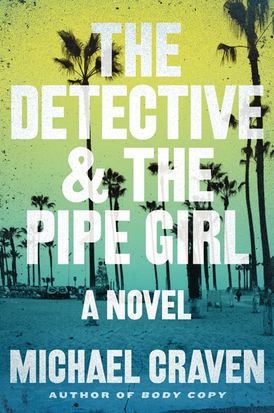 Finalist for the 2015 Nero Wolfe Award

Finalist for the 2015 Shamus Award

Private Detective John Darvelle is a man of specific tastes—simple design, smart women, cheap American beer. He’s a man of specific opinions—drive a car nobody can remember, avoid brunch at all costs, and don’t live in Brentwood. And he adheres to his own professional code—an indelible blend of commitment, loyalty, and experience. He also plays a lot of ping-pong.

Arthur Vonz is one of Tinseltown’s most powerful men, a filmmaker among the ranks of Spielberg, Coppola, and Kubrick. He hires Darvelle to find a young woman named Suzanne Neal, an incandescent beauty who just might be hiding something.

What starts as an easy assignment soon has Darvelle plunging deep into the seductive and hidden world of Hollywood’s elite. A twisting, turning journey that puts him face-to-face with the LAPD, a ruthless underground crime operation, and a cold-blooded killer.

It’s the case of a lifetime that could end his life.

“[A] suspenseful, well-plotted neo-noir set in L.A.…Readers will want to see more of Darvelle—a quirky, thoughtful detective with a wry sense of humor and a philosophical bent. Though serious about his work, he doesn’t take himself too seriously.” — Publishers Weekly (starred review)

“A detective with a philosophical bent has echoes of notably introspective California sleuths from Phillip Marlowe to Harry Bosch. Extensive descriptions of greater LA provide a suitable backdrop for a complex mystery.” — Kirkus Reviews

“This is the type of mystery that fans will cheer for…Readers who miss the real, gritty, ‘Elmore Leonard’-type detectives with gut instincts will love this one…. The only thing to say here is: Mr. Craven, bring John Darvelle back! — Suspense Magazine

“a terrific, fast-paced read. Michael Craven has captured perfectly the forbidden and deadly atmosphere of Hollywood at its darkest and deadliest.…We are hopeful that this is the start of a series…. Fans of the great Elmore Leonard, Philip Marlow, and Jim Rockford will love this read.” — New York Journal of Books

“It’s…entertaining to follow along with the ever confident John Darvelle.” — Mysterious Reviews

“I was hooked…. Plot points and future setups for twists are intertwined with asides and quirks that, frankly, make me laugh more than I ever have (or ever thought possible) inside a mystery novel.” — Three Guys One Book

“BODY COPY absolutely fucking rocks. It’s funny, tense, smart. It’s a classic PI novel, with a lead character who might be the coolest PI in the history of the genre. If you like hot chicks, nice waves, muscle cars, and good mysteries, you’ll dig this book. Elmore Leonard and Carl Hiassen should be proud, there’s finally a writer to carry on their tradition.” — James Frey, author of Bright Shiny Morning

“The style is slick....If Harlan Coben doesn’t write fast enough for you, this might ease your drought.” — Kirkus Reviews 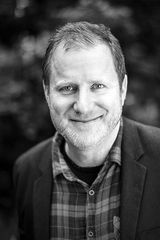 Michael Craven is an advertising writer and creative director, and is the author of two previous books, Body Copy and The Detective & the Pipe Girl, nominated for both the Nero Wolfe and Shamus Awards. He lives and works in New York City.

Other Works by Michael Craven