The Hidden Life of an Englishwoman in Wartime France 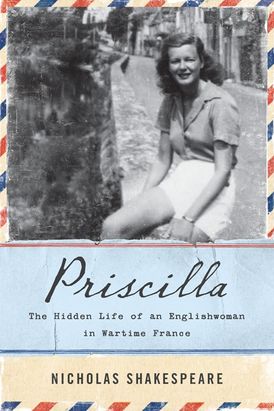 The Hidden Life of an Englishwoman in Wartime France

Priscilla: The Hidden Life of an Englishwoman in Wartime France by Nicholas Shakespeare is a transcendent work of narrative nonfiction in the vein of The Hare with Amber Eyes.

When Nicholas Shakespeare stumbled across a trunk full of his late aunt’s personal belongings, he was unaware of where this discovery would take him and what he would learn about her hidden past. The glamorous, mysterious figure he remembered from his childhood was very different from the morally ambiguous young woman who emerged from the trove of love letters, journals and photographs, surrounded by suitors and living the precarious existence of a British citizen in a country controlled by the enemy during World War II.

As a young boy, Shakespeare had always believed that his aunt was a member of the Resistance and had been tortured by the Germans. The truth turned out to be far more complicated.

Piecing together fragments of his aunt’s remarkable and tragic story, Priscilla is at once a stunning story of detection, a loving portrait of a flawed woman trying to survive in terrible times, and a spellbinding slice of history.

“Once I started it I was hooked. And when I realised that she hadn’t been a brave and beautiful spy, I was double-hooked. Its truth is necessary and essential, and makes the last chapters terrifyingly poignant and moving.” - Julian Barnes, author of The Sense of an Ending

“A most strange and compelling book driven by the writer’s unsparing search for truth: now an optimistic hunt for a family heroine, now a study in female wiles of survival, now a portrait of one very ordinary person’s frailty in the face of terrible odds.” - John le Carré

“A gripping excavation of a woman’s secret past, Priscilla is also a fascinating portrait of France during the second world war, and of the many shadowy and corrupt deals made by the French with their Nazi occupiers.” - Caroline Moorehead

“As Shakespeare does his research, the mystery of Priscilla begins to recede....She is revealed as possibly less worthy-but maybe more intriguing…Our hunger to know what she thought and felt is a tribute to just how much of her he has been able to put on the page.” - New York Times

“The story that unfolded is remarkable, and his account of it is riveting….Priscilla is, like almost all biographies, necessarily incomplete, but as a picture of France during the dark years of the occupation it is wonderfully full of light and shade, sympathetic and highly intelligent.” - Wall Street Journal

“Fascinating….Shakespeare probes his aunt’s wartime years with finesse and pathos….His reconstruction of Priscilla’s life is meticulous and tantalizing.” - Boston Globe

“This mysterious story of the Occupation in France has all the qualities of a fascinating novel, with exquisite social, sexual and moral nuance.” - Antony Beevor

“In Priscilla, Nicholas Shakespeare captures the soul of a young Englishwoman who, to survive in Nazi-occupied France, is forced to make choices which few in England ever had to face. She remained her own unflinching judge and jury to the end.” - Charlotte Rampling

“Shakespeare has employed all his superb gifts to tell the picaresque tale of his aunt in occupied France. Priscilla is a femme fatale worthy of fiction, and the author traces her tangled, troubled, romantic and often tragically unromantic experiences through one of the most dreadful periods of 20th century history.” - Max Hastings

“Extraordinary true story of the author’s aunt. A life of dark secrets, glamour, adventure and adversity during wartime.” - Woman & Home

“Thrilling.….An intimate family memoir, a story of survival and a quest for biographical truth.” - Tatler

“Remarkable….A detailed and vivid narrative. This is a moving, and constantly surprising story.” - The Independent

“A fine book, full of hurried journeys and secret liaisons, by one of Britain’s best writers.” - Conde Nast Traveller

“A wonderful book….I have not read a better portrait of the moral impossibility of that time and place for people, like Priscilla, who found themselves trapped in it.” - Daily Telegraph

“A gripping narrative….Shakespeare offers a nuanced and detailed psychological study of the effect of the Second World War on an ordinary woman. The result is just as absorbing as any biography of a war hero.” - London Sunday Times

“Letters, journals and memories of family and friends are woven seamlessly with accounts of life in occupied Paris to reveal the precarious existence of a British woman in France during World War II….Intriguing.” - Daily Express

“Gripping….[An] extraordinary voyage into the truth….Priscilla brilliantly exposes the tangled complexities behind that question so easily asked from the comfort of a peacetime armchair: ‘What would I have done?’” - The Observer

“[A] wonderfully readable quest for answers….[Shakespeare] builds a nuanced, sensitive portrait of this sad and glamorous member of his family….As the life of Priscilla shows, surviving the occupation was too complicated an affair for any black-and-white verdict.” - The Economist

“A tantalizingly original perspective of the Second World War….In his engaging detective story, as he pieces Priscilla’s war years together, Shakespeare shines a moving, intriguing light on the moral quandaries faces by ordinary citizens.” - London Sunday Times, Best Book of the Year Citation

“Impossible to put down.” - Mail on Sunday, a Book of the Year Pick

“Mesmerising….A tremendous portrait of a world of war that is only ever glimpsed out of the corner of an eye. It is a haunting, powerful book about the gaps in the record and about the terrible abysses that are revealed when they are filled in.” - Sydney Morning Herald 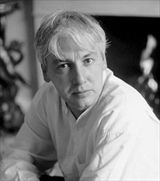 Nicholas Shakespeare's books have been translated into twenty languages. They include The Vision of Elena Silves, winner of the Somerset Maugham Award, and The Dancer Upstairs, which was made into a film of the same name by John Malkovich. His nonfiction includes the critically acclaimed authorized biography of Bruce Chatwin. Shakespeare is married with two sons and lives in Oxford.

Other Works by Nicholas Shakespeare

Secrets of the Sea