The True Story of JFK's Sister and the Heir to Chatsworth 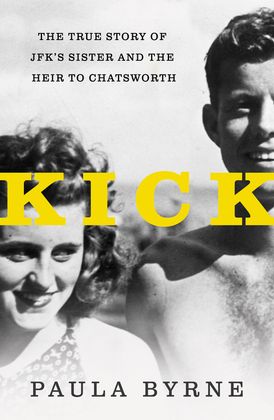 The True Story of JFK's Sister and the Heir to Chatsworth

Filled with a wealth of revealing new material and insight, the biography of the vivacious, unconventional—and nearly forgotten—young Kennedy sister who charmed American society and the English aristocracy, and would break with her family for love.

Encouraged to be “winners” from a young age, Rose and Joe Kennedy’s children were the embodiment of ambitious, wholesome Americanism. Yet even within this ebullient group of overachievers, the fourth Kennedy child, the irrepressible Kathleen, stood out. Lively, charismatic, extremely clever, and blessed with graceful athleticism and a sunny disposition, the alluring socialite fondly known as Kick was a firecracker who effortlessly made friends and stole hearts.

Moving across the Atlantic when her father was appointed as the ambassador to Great Britain in 1938, Kick—the “nicest Kennedy”—quickly became the family’s star. Despite making little effort to fit into British high society, she charmed everyone from the beau monde to Fleet Street with her unconventional attitude and easygoing humor. Growing increasingly independent, Kick would also shock and alienate her devout family by falling in love and marrying the scion of a virulently anti-Catholic family— William Cavendish, the heir apparent of the Duke of Devonshire and Chatsworth. But the marriage would last only a few months; Billy was killed in combat in 1944, just four years before Kick’s own unexpected death in an airplane crash at twenty-eight.

Paula Byrne recounts this remarkable young woman’s life in detail as never before, from her work at the Washington Times-Herald and volunteerism for the Red Cross in wartime England; to her love of politics and astute, opinionated observations; to her decision to renounce her faith for the man she loved. Sympathetic and compelling, Kick shines a spotlight on this feisty and unique Kennedy long relegated to the shadows of her legendary family’s history.

“[A] brilliant and sympathetic biography…sentence by sentence, the book is a joy: a fresh take on the exceedingly well-worn theme of the Kennedy family…Byrne recounts the dramas of the end of [Kick’s] life with great pace and a poignancy that is all the more affecting for not being overdone.” - The Guardian

“This is a great, thorough look into a not-often discussed member of the Kennedy family, and should absolutely be on your list as you kick-off summer reading!” - The Reading Nook, blog review

“Byrne successfully fuses letters, diary entries, and anecdotes from family and friends to animate Kick’s personality and the pivotal points of her short life… This title will especially attract readers with an interest in American and English political dynasties and will have widespread appeal to fans of biographies.” - Library Journal 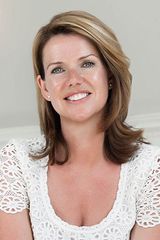 Paula Byrne is the author the bestselling biographies <i>Perdita</i>, <i>Mad World</i>, <i>The Real Jane Austen</i>, <i>Belle</i>, <i>Kick</i> and <i>The Genius of Jane Austen</i>. She is founder and chief executive of ReLit, the Bibliotherapy Foundation, a charity devoted to the mental health benefits of reading. She is married to Sir Jonathan Bate and lives in Oxford.