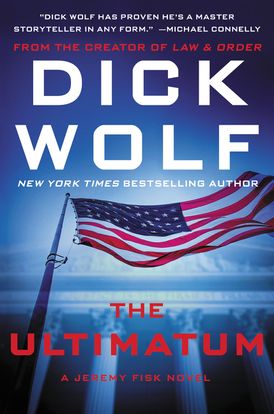 Detective Jeremy Fisk tracks a serial sniper who has mastered state-of-the-art airborne technology to hunt his prey in this chilling thriller from the New York Times bestselling author and creator of the Law & Order franchise.

When a leaker named Verlyn Merritt releases sensitive documents from the NYPD Intelligence Division to WikiLeaks, some of the deadliest criminals have access to Detective Jeremy Fisk’s unlisted home address. Within hours, three mysterious assailants arrive at his Sutton Place apartment. Who are they and why do they want Fisk dead?

Authorities quickly identify and arrest Merritt. But the case takes a sinister twist when an anonymous third party makes threats if authorities don’t release Merritt immediately. Forced from his home and his bank accounts drained, Fisk confronts Chay Maryland, a reporter who has been covering Merritt’s case. Fisk wants the journalist’s help to get close to the leaker—to find out what Merritt really wants and who else is involved.

The investigation is nearly derailed when a serial sniper begins shooting people on the street who seem to have no connection to Merritt’s case. The killer’s aim is eerily accurate—and Fisk believes the shooter might be using a drone rigged with unusual sighting capabilities. Then the sniper contacts the New York Times and promises to kill one person every day, “for the greater good of the citizens of America.

With the clock ticking and millions of lives at stake, Fisk and Chay must find the mastermind before he can wreak havoc on a city paralyzed by fear.

“Wolf’s best yet. . . . Wolf’s storytelling skills are on full display in The Ultimatum, and readers couldn’t ask for a more worthwhile beach read.” — Lisa Ko, author of The Leavers

“Wolf is not just a brilliant TV producer; he’s a fine writer, too. He keeps the pages turning and the suspense building. Exciting reading for suspense and procedural junkies.” — Wes Lukowsky, Booklist

“Dick Wolf doesn’t rip his stories from the headlines, he predicts them before they even happen! . . . Wolf is the most prescient thriller writer writing today. — The Daily News

“Wolf . . . is in complete control. . . . His smartly drawn characters and situations lift the novel, as do the crisp chase scenes and shootouts. Another solid thriller by Wolf, who is proving as dependable a novelist as a TV producer.” — Kirkus Reviews

“The third incredible book by Dick Wolf featuring Detective Jeremy Fisk. . . . [A]very intense and thrilling ride… In magnificent Dick Wolf fashion (creator of Law & Order), there are shadows and corruption around every corner. . . . Readers will love it. The chase scenes are unforgettable.” — Suspense Magazine 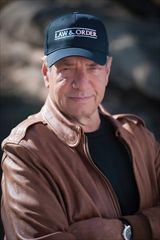