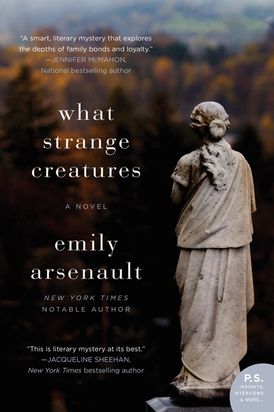 Scandal, love, family, and murder combine in this gripping literary mystery by critically acclaimed author Emily Arsenault, in which a young academic’s life is turned upside down when her brother is arrested for murder and she must prove his innocence.

The Battle siblings are used to disappointment. Seven years, one marriage and divorce, three cats, and a dog later, Theresa still hasn’t finished her dissertation. Instead of a degree, she’s got a houseful of adoring pets and a dead-end copywriting job for a local candle company.

Jeff, her so-called genius older brother, doesn’t have it together, either. Creative, and loyal, he’s also aimless in work and love. But his new girlfriend, Kim, a pretty waitress in her twenties, appears smitten.

When Theresa agrees to dog-sit Kim’s puggle for a weekend, she has no idea that it is the beginning of a terrifying nightmare that will shatter her quiet world. Soon, Kim’s body will be found in the woods, and Jeff will become the prime suspect.

Though the evidence is overwhelming, Theresa knows that her brother is not a cold-blooded murderer. But to clear him she must find out more about Kim. Investigating the dead woman’s past, Theresa uncovers a treacherous secret involving politics, murder, and scandal—and becomes entangled in a potentially dangerous romance. But the deeper she falls into this troubling case, the more it becomes clear that, in trying to save her brother’s life, she may be sacrificing her own.

“This is literary mystery at its best. Arsenault writes a smart tale about a character who finds it hard to save herself, but will do anything to save her brother.” — Jacqueline Sheehan, New York Times bestselling author

“This book is filled with humor, which is somewhat unusual in a mystery/thriller, but a great thing to behold. The dialogue is very smartly written, and the plot is one you will stick to until the very end.” — Suspense Magazine 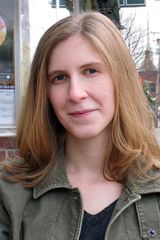 Emily Arsenault is also the author of The Evening Spider, The Broken Teaglass, In Search of the Rose Notes, Miss Me When I’m Gone, What Strange Creatures, and the young adult novel The Leaf Reader. She lives in Shelburne Falls, Massachusetts, with her husband and daughter.

Other Works by Emily Arsenault

Miss Me When I'm Gone

In Search of the Rose Notes