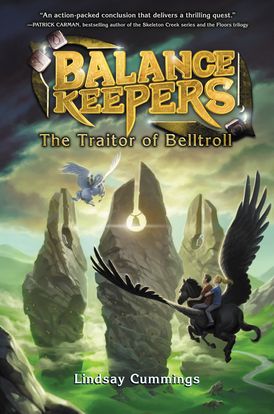 The explosive conclusion to #1 New York Times bestselling author Lindsay Cummings’s epic fantasy adventure series about a magical world at the center of the earth.

The bestselling author of the Seven Wonders series, Peter Lerangis, says Balance Keepers is “filled with imagination and sneaky humor.” In this third book, perfect for fans of Brandon Mull and Lisa McMann, the Balance Keepers must fight a dangerous traitor in an epic battle of magic.

Albert and his Balance Keepers teammates have been called back to the Core for immediate action! There’s a serious Imbalance in the fantastical underground Realm of Belltroll. Without intervention, everything from New York to Yellowstone above could be swallowed by earthquakes. It’s clear the mysterious traitor who caused last term’s chaos is at it again, and with a vengeance.

Albert’s super-magical Master Tile helped fix the Ponderay and Calderon Realms in previous terms, but now it seems the Tile may be more trouble than it’s worth. Because if it’s Albert’s Tile the traitor is after, there will have to be a battle sooner or later, and only one of them can win…

Praise for BALANCE KEEPERS, BOOK 2: THE PILLARS OF PONDERAY: “Full of adventure, strange creatures, and personal conflict, this sequel to The Fires of Calderon (2014) surpasses the original. Nonstop action and plenty of twists propel the plot and pave the way for the next installment.” — ALA Booklist

Praise for BALANCE KEEPERS, BOOK 1: THE FIRES OF CALDERON: “Reminiscent at times of Journey to the Center of the Earth...a smart choice for younger readers, who will find in Albert and his friends great role models.” — ALA Booklist

Praise for BALANCE KEEPERS, BOOK 1: THE FIRES OF CALDERON: “Balance Keepers transported me, as if my magic, into a world I didn’t want to leave and wished was real. Fast-paced and packed with adventure-a real gem.” — Patrick Carman, bestselling author of the Skeleton Creek series and the Floors trilogy 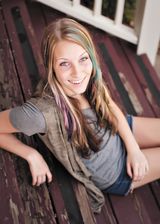 Lindsay Cummings is a book blogger and the author of the teen series the Murder Complex. She lives in Texas with two German shepherds, one wolf cub who isn't very smart, a horse named Dan the Man, and a husband named Josh. She eats too many hot Cheetos and can't stop dyeing her hair crazy colors.

Other Works by Lindsay Cummings