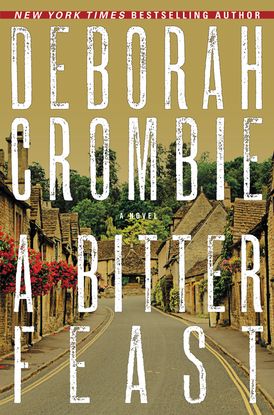 "Crombie’s characters are rich, emotionally textured, fully human. They are the remarkable creations of a remarkable writer."—Louise Penny

“Nobody writes the modern English mystery the way Deborah Crombie does—and A Bitter Feast is the latest in a series that is gripping, enthralling, and just plain the best.”   — Charles Todd, New York Times bestselling author of The Black Ascot and A Cruel Deception

New York Times bestselling author Deborah Crombie returns with a mesmerizing entry in her “excellent” (Miami Herald) series, in which Scotland Yard detectives Duncan Kincaid and Gemma James are pulled into a dangerous web of secrets, lies, and murder that simmers beneath the surface of a tranquil Cotswolds village.

Scotland Yard Detective Superintendent Duncan Kincaid and his wife, Detective Inspector Gemma James, have been invited for a relaxing weekend in the Cotswolds, one of Britain’s most enchanting regions, famous for its rolling hills, golden cottages, and picturesque villages.

Duncan, Gemma, and their children are guests at Beck House, the family estate of Melody Talbot, Gemma’s detective sergeant. The Talbot family is wealthy, prominent, and powerful—Melody’s father is the publisher of one of London’s largest and most influential newspapers. The centerpiece of this glorious fall getaway is a posh charity harvest luncheon catered by up-and-coming chef Viv Holland. After fifteen years in London’s cut-throat food scene, Viv has returned to the Gloucestershire valleys of her childhood and quickly made a name for herself with her innovative meals based on traditional cuisine but using fresh local ingredients. Attended by the local well-to-do as well as national press food bloggers and restaurant critics, the event could make Viv a star.

But a tragic car accident and a series of mysterious deaths rock the estate and pull Duncan and Gemma into the investigation. It soon becomes clear that the killer has a connection with Viv’s pub—or, perhaps, with Beck House itself.

Does the truth lie in the past? Or is it closer to home, tied up in the tangled relationships and bitter resentments between the staff at Beck House and Viv’s new pub? Or is it more personal, entwined with secrets hidden by Viv and those closest to her?

“We can always count on her for fabulous plots...But what puts Deborah Crombie among the greats is her sure hand in raising her characters off the page.” - Louise Penny, New York Times bestselling author

“Nobody writes the modern English mystery the way Deborah Crombie does—and A Bitter Feast is the latest in a series that is gripping, enthralling, and just plain the best.” - Charles Todd, New York Times bestselling author of The Black Ascot and A Cruel Deception

“It’s another stellar installment in the British mystery series that’s as much about characters as it is about crime.” - Parade

“This superbly entertaining crime novel will delight mystery fans who crave character-rich, classically composed mysteries in the style and manner of those written by the late, great P.D. James.” - Library Journal

“[Crombie’s] writing style invests in every character as she designs scenes full of detail from that character’s point of view. She details information in brief scenes that lead the reader out of the dead-end maze only to make another turn . . .” - New York Journal of Books

“Through several points of view, this multifaceted novel provides a sobering cautionary tale about the exploitation of idealism and the abuse of power.” - Publishers Weekly

“Crombie’s combination of the fair-play whodunit with a psychological examination of her characters may remind some readers of P.D. James” - Publishers Weekly

“Crombie is very talented at putting together a richly atmospheric whodunit....As a creator, she energetically inhabits the many strange worlds she shows her readers....” - Washington Post 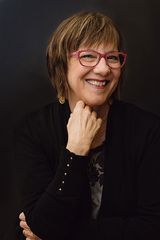 Deborah Crombie is a New York Times bestselling author and a native Texan who has lived in both England and Scotland. She now lives in McKinney, Texas, sharing a house that is more than one hundred years old with her husband, three cats, and two German shepherds.

Other Works by Deborah Crombie