The Forty-Year Search for My Twelve-Year-Old Bully 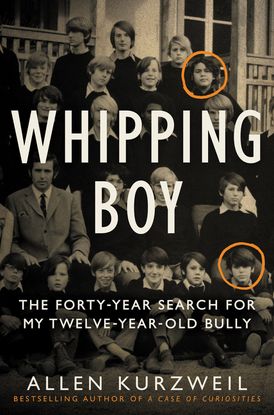 The Forty-Year Search for My Twelve-Year-Old Bully

Winner of the Edgar® Award for Best Fact Crime

The true account of one boy’s lifelong search for his boarding-school bully.

Equal parts childhood memoir and literary thriller, Whipping Boy chronicles prize-winning author Allen Kurzweil’s search for his twelve-year-old nemesis, a bully named Cesar Augustus. The obsessive inquiry, which spans some forty years, takes Kurzweil all over the world, from a Swiss boarding school (where he endures horrifying cruelty) to the slums of Manila, from the Park Avenue boardroom of the world’s largest law firm to a federal prison camp in Southern California.

While hunting down his tormentor, Kurzweil encounters an improbable cast of characters that includes an elocution teacher with ill-fitting dentures, a gang of faux royal swindlers, a crime investigator “with paper in his blood,” and a  onocled grand master of the Knights of Malta. Yet for all its global exoticism and comic exuberance, Kurzweil’s riveting account is, at its core, a heartfelt and suspenseful narrative about the “parallel lives” of a victim and his abuser.

A scrupulously researched work of nonfiction that renders a childhood menace into an unlikely muse, Whipping Boy is much more than a tale of karmic retribution; it is a poignant meditation on loss, memory, and mourning, a surreal odyssey born out of suffering, nourished by rancor, tempered by wit, and resolved, unexpectedly, in a breathtaking act of personal courage.

“Kurzweil does the delightfully unexpected: He morphs his story from a poignant memoir into a true-crime thriller.” - NPR.org

“Whipping Boy is like nothing I’ve ever read, an investigative memoir that’s honest, funny, sad, and edge-of-the-chair suspenseful. I loved it.” - Dan Okrent, author of Last Call: The Rise and Fall of Prohibition

“Whipping Boy reads like a European version of American Hustle…Full of intrigue and suspense, the story follows the bizarre twists and turns of one man’s journey to find and confront his childhood tormentor-ready-made for a film treatment.” - Kirkus Reviews

“Whipping Boy is much more than the search for a bully. Kurzweil takes readers on a suspenseful and thrilling ride.” - Bookish

“A fascinating, multi-pronged morality tale about victimhood, skewed perception and the liberation of facing your demons.” - Washington Post

“A captivating hybrid of investigative journalism and memoir…Kurzweil is not simply settling a private score; he’s standing up for anyone who has ever been bullied.” - Chicago Tribune

“A memoir that reads like a thriller as the author circles the globe to find the man who made his boarding school days a living hell.” - Tampa Bay Times

“Kurzweil crafts an entertaining, sharply reported picaresque centering on the colorful leaders of the scam, who bamboozled their marks by posing as monocled European aristocrats and produced a fake deed from the fictional King of Mombessa… A crime saga that’s ripe with hilarious humbuggery.” - Publishers Weekly

“This meditation on pain and memory...only sounds like fiction.” - Library Journal 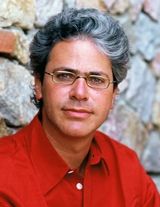 Allen Kurzweil is a prize-winning novelist, children's writer, inventor, and journalist. His work has appeared in a wide range of publications, including the New Yorker, the New York Times, Smithsonian, and Vanity Fair. He is a graduate of Yale University and the recipient of Fulbright, Guggenheim, and National Endowment for the Humanities fellowships. He lives in Providence, Rhode Island.

Other Works by Allen Kurzweil