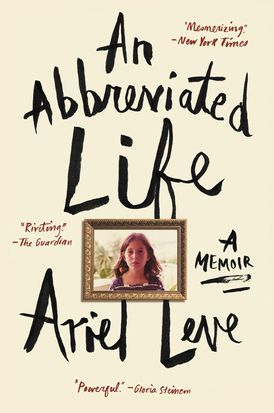 A beautiful, startling, and candid memoir about growing up without boundaries, in which Ariel Leve recalls with candor and sensitivity the turbulent time she endured as the only child of an unstable poet for a mother and a beloved but largely absent father, and explores the consequences of a psychologically harrowing childhood as she seeks refuge from the past and recovers what was lost.

Ariel Leve grew up in Manhattan with an eccentric mother she describes as “a poet, an artist, a self-appointed troublemaker and attention seeker.” Leve learned to become her own parent, taking care of herself and her mother’s needs. There would be uncontrolled, impulsive rages followed with denial, disavowed responsibility, and then extreme outpourings of affection. How does a child learn to feel safe in this topsy-turvy world of conditional love?

Leve captures the chaos and lasting impact of a child’s life under siege and explores how the coping mechanisms she developed to survive later incapacitated her as an adult. There were material comforts, but no emotional safety, except for summer visits to her father’s home in South East Asia—an escape that was terminated after he attempted to gain custody. Following the death of a loving caretaker, a succession of replacements raised Leve—relationships which resulted in intense attachment and loss. It was not until decades later, when Leve moved to other side of the world, that she could begin to emancipate herself from the past. In a relationship with a man who has children, caring for them yields clarity of what was missing.

In telling her haunting story, Leve seeks to understand the effects of chronic psychological maltreatment on a child’s developing brain, and to discover how to build a life for herself that she never dreamed possible: An unabbreviated life.

“My latest favorite. . . Ariel Leve grew up on Manhattan’s Upper East Side, wanting for nothing except everything that matters to a kid: safety, security, predictability, unconditional love. Her dad lived in Southeast Asia, and her mom was needy and wildly unpredictable, and saved her charm for drunken revelers who partied loudly while Leve tried to fall asleep. . . . As an adult, she once crossed paths with a former party guest, who told a mutual acquaintance, ‘I always wondered how that little girl would survive. I thought her only choices were suicide or murder.’ To learn how Leve saved herself, you must read this distressing and inspiring book.’” — Elisabeth Egan, The Miami Herald

“The staccato style of this searing memoir enhances the harshness and emotional power of what is a frightening story by a brave author, who resolutely describes herself as ‘a long-distance runner through the canyon of childhood’—a modest understatement. An unstinting portrayal of psychological abuse, both insightful and precisely told.” — John Irving

“A powerful and frequently devastating account of a childhood without boundaries and dominated by loneliness, chaos and fear. Leve’s recollections can be brutal but are made digestible by the elegant sparseness of her prose.” — The Guardian

“Leve…writes in beautiful, staccato sentences and weaves her own story together masterfully.” — Evening Standard (London)

“An Abbreviated Life adds a harrowing chapter to the great tragi-comedy called “We Don’t Get To Choose Our Parents.” Ariel Leve’s extremely readable memoir is, at its heart, a story about surviving childhood—a trick we must all perform. Even in its raw extremes, her story is a universal one.” — Richard Ford

“Out of a childhood that seems just about impossible to have survived, Ariel Leve has written a haunting, indelible story that becomes its own form of redemption. This is an act of bravery that strikes me not only as a literary achievement, but a human one.” — Dani Shapiro

“Unsparing. . . . riveting and evokes with clarity the emotional turmoil of being subjected to the constant needs of a narcissistic parent.” — Jon Ronson, The Guardian

“Leve’s powerful story of surviving her brutal childhood demonstrates that contentment can be found.” — Publishers Weekly

“A candid rendering of pain and survival.” — Kirkus Reviews

“Leve writes of learning to be constantly on guard, living ‘an abbreviated life,’ and how she finally found her way out. Hers is an unsentimental tale, both cautionary and heartening.” — BBC.com 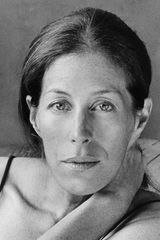 Ariel Leve is an award-winning journalist who has written for the Guardian, Financial Times Magazine, the Telegraph, the Observer, and the London Sunday Times Magazine, where she was a senior writer and a columnist. At the British Press Awards she was short-listed twice for Interviewer of the Year and Highly Commended twice. Her books include It Could Be Worse, You Could Be Me.

Other Works by Ariel Leve

It Could Be Worse, You Could Be Me