Fighter Pilots and Air Combat, from the Red Baron to the F-16 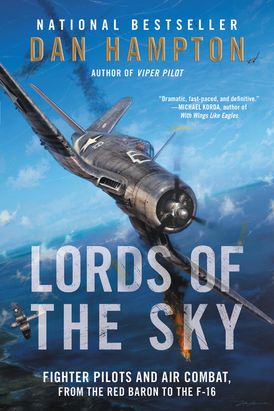 Fighter Pilots and Air Combat, from the Red Baron to the F-16

NATIONAL BESTSELLER • The definitive history of combat aviation and fighter aircraft, from World War I to present

INCLUDES 32 PAGES OF PHOTOGRAPHS AND 12 MAPS

Lords of the Sky is the “dramatic, fast-paced, and definitive" (Michael Korda) history of fighter pilots and aircraft and their extraordinary influence on modern warfare, masterfully written by "one of the most decorated pilots in Air Force history” (New York Post). A twenty-year USAF veteran who flew more than 150 combat missions and received multiple Distinguished Flying Crosses, Lt. Colonel Dan Hampton draws on his singular firsthand knowledge, as well as groundbreaking research in aviation archives and rare personal interviews with little-known heroes, including veterans of World War II, Korea, and Vietnam. Hampton (the New York Times bestselling author of Viper Pilot) reveals the stories behind history's most iconic aircraft and the aviators who piloted them: from the Sopwith Camel and Fokker Triplane to the Mitsubishi Zero, Supermarine Spitfire, German Bf 109, P-51 Mustang, Grumman Hellcat, F-4 Phantom, F-105 Thunderchief, F-16 Falcon, F/A-18 Super Hornet, and beyond. In a seamless, sweeping narrative, Lords of the Sky is an extraordinary account of the most famous fighter planes and the brave and daring heroes who made them legend.

“An excellent, well-researched, literate overview of 20th century warfare and the development of the fighter plane. Lords of the Sky will captivate history and aviation buffs alike.” - STEPHEN COONTS, New York Times bestselling author of Flight of the Intruder

“Meticulously researched and beautifully written, this must-read chronological history of fighter pilots reads like a great literary novel. Dan Hampton has crafted an important work that is sure to become a classic within the historic lore of military aviation.” - CHRISTINA OLDS, co-author of Fighter Pilot: The Memoirs of Legendary Ace Robin Olds

Praise for Viper Pilot: “Hampton’s one of the most decorated pilots in Air Force history.... We may never see his like again.” - New York Post

“Dramatic, fast-paced, and definitive -- a pleasure for everyone who loves reading about aviation, and the life-and-death drama of air combat.” - MICHAEL KORDA, author of With Wings Like Eagles and Ike

“An epic history of the fighter pilot world by a gifted author and historian with the trained eye of a combat pilot. This will be an enduring work of aviation literature. Experience the thrill, hear the wind, encounter the danger: Read this book!” - Major General DON SHEPPERD (USAF Ret.), co-author of Bury Us Upside Down; former Director of the Air National Guard.

“Superbly written. Paints a vivid picture of the skills, scares, scars, and science of air combat brilliantly, weaving them into a fascinating historical fabric that embraces technology, history, and politics. Buffs and the general public will agree that this is a first in the field!” - Colonel WALTER BOYNE (USAF, Ret.), Former Director of the National Air & Space Museum and author of Beyond the Wild Blue: A History of the United States Air Force 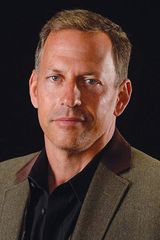 Lieutenant Colonel (Ret.) Dan Hampton flew 151 combat missions during his twenty years (1986–2006) in the United States Air Force. For his service in the Iraq War, Kosovo conflict, and first Gulf War, Col. Hampton received four Distinguished Flying Crosses with Valor, a Purple Heart, eight Air Medals with Valor, five Meritorious Service medals, and numerous other citations. He is a graduate of the USAF Fighter Weapons School, USN Top Gun School (TOGS), and USAF Special Operations School. A frequent guest analyst on CNN, Fox News, and MSNBC discussing foreign affairs, military, aviation, and intelligence issues, he has published in Aviation History, the Journal of Electronic Defense, Air Force Magazine, Vietnam magazine, and Airpower magazine, and written several classified tactical works for the USAF Weapons Review. He is the author of the national bestsellers Viper Pilot and Lords of the Sky, as well as a novel, The Mercenary.

Other Works by Dan Hampton