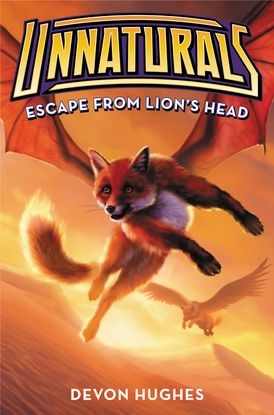 In the second book in the action-packed Unnaturals duology, perfect for fans of the Animorphs or Warriors series, the amazing hybrid animal heroes embark on a dangerous journey as they fight to find home.

K-07M0 has never had a name. As a fox-bat, she has lived her entire life silently hiding from the other hybrids and the scientists who created her…until the day a new animal gives her the name Kozmo and they help each other escape the underground lab.

In the outside world Kozmo meets a pack of hybrids just like her, led by a feisty eagle-dog named Castor. But Castor and his pack are being viciously pursued, and Kozmo is forced to do something she's never done before: trust others to survive. Kozmo will discover that Castor and his friends have unexpected human allies but can they uncover the truth about why the Unnaturals were created together?

“The combination of endearing hybrids and complex humans makes this a series worth investing in. A compelling page-turner with depth.” - Kirkus Reviews

PRAISE FOR UNNATURALS: THE BATTLE BEGINS: “This first book in a planned series will appeal to animal fiction fans who like rooting for an underdog.” - School Library Journal 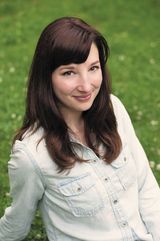 Devon Hughes is the author of the Unnaturals series. She has always been inspired by the frontiers of nature and science and enjoys imagining how our ever-changing relationship with animals will look in the future. Like some of her characters, Devon lives in a city next to a river, with a view of distant trees that always seem to beckon her to another adventure. Though Devon did grow up with a beloved pet named Pookie, she is actually terrified of spiders.

Other Works by Devon Hughes