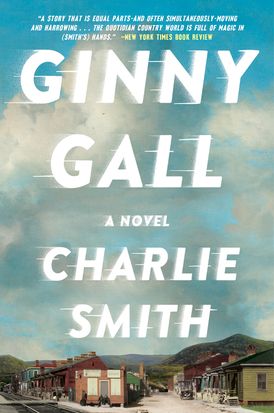 A sweeping, eerily resonant epic of race and violence in the Jim Crow South: a lyrical and emotionally devastating masterpiece from Charlie Smith, whom the New York Public Library has said “may be America’s most bewitching stylist alive.”

Delvin Walker is just a boy when his mother flees their home in the Red Row section of Chattanooga, accused of killing a white man. Taken in by Cornelius Oliver, proprietor of the town’s leading Negro funeral home, he discovers the art of caring for the aggrieved, the promise of transcendence in the written word, and a rare peace in a hostile world. Yet tragedy visits them near daily, and after a series of devastating events—a lynching, a church burning—Delvin fears being accused of murdering a local white boy and leaves town.

Haunted by his mother’s disappearance, Delvin rides the rails, meets fellow travelers, falls in love, and sees an America sliding into the Great Depression. But before his hopes for life and love can be realized, he and a group of other young men are falsely charged with the rape of two white women, and shackled to a system of enslavement masquerading as justice. As he is pushed deeper into the darkness of imprisonment, his resolve to escape burns only more brightly, until in a last spasm of flight, in a white heat of terror, he is called to choose his fate.

In language both intimate and lyrical, novelist and poet Charlie Smith conjures a fresh and complex portrait of the South of the 1920s and ’30s in all its brutal humanity—and the astonishing endurance of one battered young man, his consciousness “an accumulation of breached and disordered living . . . hopes packed hard into sprung joints,” who lives past and through it all.

“An intricate examination of the coming-of-age of a young black man caught in the cross hairs of American racial history… A story that is equal parts-and often simultaneously-moving and harrowing… The quotidian country world is full of magic in [Smith’s] hands.” - New York Times Book Review 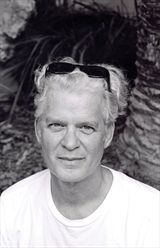 Charlie Smith is the author of eight novels and eight books of poetry. He has won numerous awards, grants, and fellowships, including the Aga Khan Prize, the Levinson Prize, the J. Howard and Barbara M. J. Wood Prize, a Guggenheim Fellowship, and a grant from the National Endowment for the Arts. His writing has appeared in numerous publications, including the New Yorker, the Paris Review, and the New York Times. Five of his books have been named as New York Times Notable Books of the Year or as Editors’ Choices. He lives in New York City.

Other Works by Charlie Smith