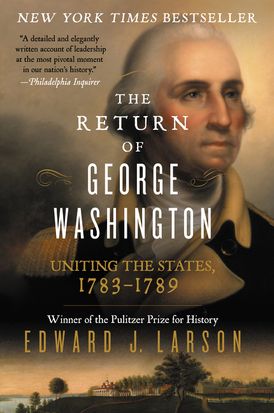 Pulitzer Prize-winning historian Edward J. Larson reveals how George Washington saved the United States by coming out of retirement to lead the Constitutional Convention and serve as our first president.

After leading the Continental Army to victory in the Revolutionary War, George Washington shocked the world: he retired. In December 1783, General Washington, the most powerful man in the country, stepped down as Commander in Chief and returned to private life at Mount Vernon. Yet as Washington contentedly grew his estate, the fledgling American experiment floundered. Under the Articles of Confederation, the weak central government was unable to raise revenue to pay its debts or reach a consensus on national policy. The states bickered and grew apart. When a Constitutional Convention was established to address these problems, its chances of success were slim. Jefferson, Madison, and the other Founding Fathers realized that only one man could unite the fractious states: George Washington. Reluctant, but duty-bound, Washington rode to Philadelphia in the summer of 1787 to preside over the Convention.

Although Washington is often overlooked in most accounts of the period, this masterful new history from Pulitzer Prize-winner Edward J. Larson brilliantly uncovers Washington’s vital role in shaping the Convention—and shows how it was only with Washington’s support and his willingness to serve as President that the states were brought together and ratified the Constitution, thereby saving the country.

“A fascinating account. ... This is an important book, elegantly written, which adds greatly to our understanding of the way in which one man’s personality and popularity helped create a strong new country out of the fragments of the old colonial system.” — Lawrence M. Friedman, Marion Rice Kirkwood Professor of Law at Stanford University and author of A History of American Law

“A fresh and elegant portrait of the hero we thought we knew, but didn’t, quite. ... An indispensable book about America’s ‘indispensable man.’” — Akhil Reed Amar, Sterling Professor of Law and Political Science, Yale University, and author of America's Constitution: A Biography

“One of the best illustrations of the ability of individuals to change the course of history.” — Andrew O'Shaughnessy, Professor of History, University of Virginia

“Ed Larson - with his signature wit and light touch - delivers a living, breathing man, who is revealed to be a true visionary leader, but who also possesses the political savvy and ability to get things done. ... An important addition to the literature on the founding of the United States.” — Douglas Bradburn, PhD, Founding Director, The Fred W. Smith National Library for the Study of George Washington at Mount Vernon

“Highly readable. ... Clears away the naive myths that have so long obscured Washington’s ideas and role during the 1780s.” — Kenneth R. Bowling, Co-editor of Documentary History of the First Federal Congress and Adjunct Professor of History, George Washington University

“Larson is a skilled storyteller combining scholarly research with a flair for relating historical events and personages to general readers. Recommended for those who enjoyed Ron Chernow’s Washington: A Life as well as biography hounds and history buffs.” — Library Journal

“Fine and engrossing. … Larson engagingly argues that the stretch between 1783 and 1789 was as important to Washington-and to America-as all that preceded and followed it. … [A] splendid account.” — Wall Street Journal

“A detailed and elegantly written account of leadership at the most pivotal moment in our nation’s history.” — Philadelphia Inquirer

“Larson is an exceptionally fine and engaging writer. ... He has taken up what might seem to be a niche in this great man’s life and career, and found there the core of his personality and his greatness.” — Dallas Morning News

“Larson is a sure guide through the complexities of writing and ratifying the Constitution. ... Dramatic. … Restoring the politics to Washington’s rise adds motive and depth to the nationalist who rose north to the rescue.” — New York Times Book Review

“Fantastic... The Washington who emerges in these pages is always human, flaws and all, and yet he still manages to be a figure worth revering for his unwavering sense of duty.” — Daily Beast

“Astonishes with continual revelations of a Washington deeply engaged in national affairs and concerned for the floundering United States on the verge of collapse.” — Mental Floss 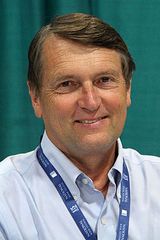