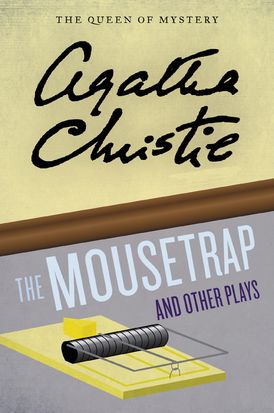 Agatha Christie created magnificent works of suspense for the theater, and eight of her riveting stage dramas are collected in The Mousetrap and Other Plays—including the title piece, the longest running play in history, still a smash hit in London's West End after 60 years!

On an isolated island, ten people have been brought together to be killed off. An evil old woman has a rendezvous with death in the desert heat of Jerusalem. A scheming wife testifies against her husband in a shocking murder trial. And a homicidal maniac terrorizes a group of snowbound guests to the refrain of "Three Blind Mice."

This collection of eight works proves that Agatha Christie's plays are as compulsive as her novels, with their colorful characters and ingenious plots providing yet more evidence of her mastery of the detective thriller.

Includes: And Then There Were None, Appointment with Death, The Hollow, The Mousetrap, Witness for the Prosecution, Towards Zero, Verdict, and Go Back for Murder.

“Read Agatha Christie’s books once again and catch glimpses of that most elusive, most reclusive author. Read for her heart—it’s there to find.” - Carolyn Hart, Agatha Award-winning author of the Death on Demand mysteries

“The cleverest murder mystery of the British theater.” - Daily Telegraph (London) on The Mousetrap

The Affair of the Pink Pearl