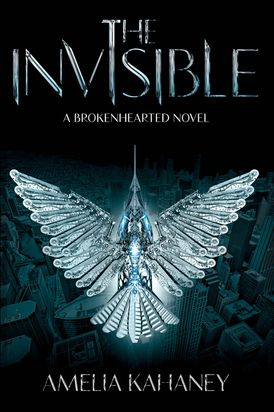 Cinder meets The Dark Knight in this riveting sequel to the darkly suspenseful, reimagined superhero story The Brokenhearted.

Since Gavin’s death, Anthem has tried to forget the heartache and betrayal, to feel normal once more. She doesn’t want to be the crime-fighting vigilante that Bedlam City needs. She just wants to go to school, practice ballet, and help nurse Ford back to health. But while he is recovering from his life-saving surgery, the Ford she knew is slipping away.

Then a new subversive group, whose mysterious leader calls himself “the Invisible,” starts attacking the North Side. The danger has never been closer to home, and Anthem can’t sit idly by. Using her new strength, she begins to fight back, and be the hero she was meant to be. Soon, she is the Invisible’s most sought-after enemy, and he is using everything at his disposal to have her found and captured. Will Anthem survive the biggest fight of her life?

“Fans won’t be disappointed. Few readers will anticipate the conclusion, which makes for a fitting end to a tongue–in–cheek yet violent glimpse into a future of equality, greed, and organized crime.” - Booklist

“With an interwoven back story that will leave readers gobsmacked, Kahaney’s description is so detailed readers will easily slip into this futuristic world with its palpably sordid creepiness.” - Kirkus Reviews

“An urgent dare–ya through a darkly, wildly imagined future. Go ahead and try to predict the hairpin turns and steep reverses as you race through this sharply–conceived urban odyssey.” - Adele Griffin, author of ALL YOU NEVER WANTED

“Gorgeously written and richly imagined, this heart–pounding, high–octane novel of suspense, romance, and revenge introduces a stunning new voice in YA fiction as well as a new kind of superhero. You won’t be able to put this one down.” - NEW YORK TIMES bestselling author Aimee Friedman

“Anthem, with her unwillingness to be just another brokenhearted girl, will likely inspire legions of teenage girls to forget the guys and go kick some butt.” - Bulletin of the Center for Children’s Books 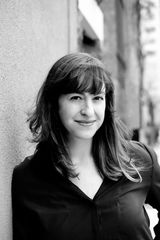 Amelia Kahaney grew up in San Diego, California, and Hilo, Hawaii. After graduating from UC Santa Cruz, she moved to New York City and received her MFA in fiction writing at Brooklyn College. Her short fiction has been anthologized in The Best American Nonrequired Reading and appears in several literary magazines. She lives in Brooklyn, New York, with her husband and son.

Other Works by Amelia Kahaney