The Girl in the Torch 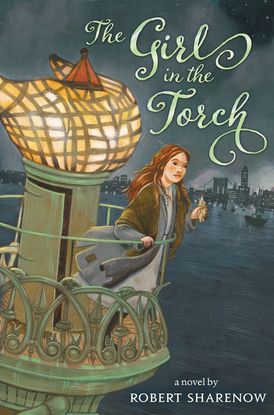 The Girl in the Torch

The Invention of Hugo Cabret meets True Grit in this heartfelt novel of resilience, hope, and discovering a family where you least expect it, from award-winning author Robert Sharenow.

At the dawn of the twentieth century, thousands of immigrants are arriving in the promised land of New York City. Twelve-year-old Sarah has always dreamed of America, a land of freedom and possibility. In her small village she stares at a postcard of the Statue of Liberty and imagines the Lady beckoning to her. When Sarah and her mother finally journey across the Atlantic, though, tragedy strikes—and Sarah finds herself being sent back before she even sets foot in the country.

Yet just as Sarah is ushered onto the boat that will send her away from the land of her dreams, she makes a life-or-death decision. She daringly jumps off the back of the boat and swims as hard as she can toward the Lady's island and a new life.

Her leap of faith leads her to an unbelievable hiding place: the Statue of Liberty itself. Now Sarah must find a way to Manhattan while avoiding the night watchman and scavenging enough food to survive. When a surprising ally helps bring her to the city, Sarah finds herself facing new dangers and a life on her own. Will she ever find a true home in America?

“The Girl in the Torch is a beautiful tale of discovery and adventure, a testament to the power of hope, and a reminder of the courage it takes to follow your dreams.” - Jennifer E. Smith, author of The Storm Makers and The Statistical Probability of Love at First Sight

“Like Mrs. Lee’s chop suey, Sarah’s story is a delicious mixture of old world ways and new world hope. I will not soon forget this charming cast of characters and the way they care for one another.” - Kirby Larson, Newbery Honor author of Hattie Big Sky

“Sharenow presents a mixed picture of the experiences of immigrants and other outsiders in turn-of-the-20th-century New York, vividly describing what Sarah sees and hears, tastes and smells.” - Kirkus Reviews

“Dynamic commentary on multiculturalism and the immigrant experience in America.” - Booklist

Praise for THE BERLIN BOXING CLUB: “Readers will be drawn [in] by the sports detail and by the close-up narrative of the daily oppression.” - ALA Booklist

Praise for THE BERLIN BOXING CLUB: “A meaty, readable account of the perils and pitfalls of daily life in Nazi Germany.” - The Horn Book

Praise for THE BERLIN BOXING CLUB: “I held my breath as Karl Stern, fierce and thoughtful, fought his way through the Nazi Wolf Pack and his own insecurities to save his family and become a boxer and an artist.” - Robert Lipsyte, author of THE CONTENDER and CENTER FIELD

Praise for MY MOTHER THE CHEERLEADER: “Readers will be held fast by the history told from the inside.” - Booklist (starred review)

Praise for MY MOTHER THE CHEERLEADER: “Teens should remain riveted right through the devastating conclusion to Sharenow’s promising work of historical fiction.” - Publishers Weekly 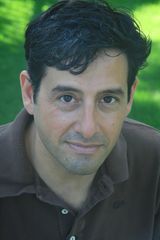 Robert Sharenow is an award-winning writer and television producer. His most recent novel, The Berlin Boxing Club, was awarded the Sydney Taylor Award by the Association of Jewish Libraries and received starred reviews from Publishers Weekly, School Library Journal, and Kirkus Reviews. He also serves as executive vice president and general manager of Lifetime. He lives in New York with his wife, two daughters, and their dog, Lucy.

Other Works by Robert Sharenow

The Genius Files #5: License to Thrill