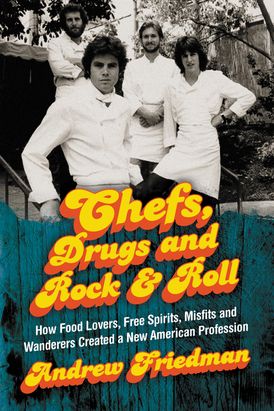 Chefs, Drugs and Rock & Roll transports readers back in time to witness the remarkable evolution of the American restaurant chef in the 1970s and '80s. Taking a rare, coast-to-coast perspective, Andrew Friedman goes inside Chez Panisse and other Bay Area restaurants to show how the politically charged backdrop of Berkeley helped draw new talent to the profession; into the historically underrated community of Los Angeles chefs, including a young Wolfgang Puck and future stars such as Susan Feniger, Mary Sue Milliken, and Nancy Silverton; and into the clash of cultures between established French chefs in New York City and the American game changers behind The Quilted Giraffe, The River Cafe, and other East Coast establishments. We also meet young cooks of the time such as Tom Colicchio and Emeril Lagasse who went on to become household names in their own right. Along the way, the chefs, their struggles, their cliques, and, of course, their restaurants are brought to life in vivid detail. As the '80's unspool, we see the profession evolve as American masters like Thomas Keller rise, and watch the genesis of a “chef nation” as these culinary pioneers crisscross the country to open restaurants and collaborate on special events, and legendary hangouts like Blue Ribbon become social focal points, all as the industry-altering Food Network shimmers on the horizon.

Told largely in the words of the people who lived it, as captured in more than two hundred author interviews with writers like Ruch Reichl and legends like Jeremiah Tower, Alice Waters, Jonathan Waxman, and Barry Wine, Chefs, Drugs and Rock & Roll treats readers to an unparalleled 360-degree re-creation of the business and the times through the perspectives not only of the groundbreaking chefs but also of line cooks, front-of-house personnel, investors, and critics who had front-row seats to this extraordinary transformation.

“An intriguing perspective on a profession that very quickly captivated our attention—a great gift idea for the foodie in the house.” - Kirkus Reviews

“Andrew Friedman’s new book is impressive; the depth of research is quite astonishing. I haven’t read anything like it.” - Ruth Reichl, food writer

“Friedman’s passion for the subject infuses every anecdote, detail, and interview, making this culinary narrative an engrossing experience.” - Publishers Weekly

“Fast, furious, and fun...Get out your napkins, because Chefs, Drugs and Rock & Roll is as irresistible as a bowl of house-made chips.” - Wall Street Journal

“A lively, anecdotal romp through the rise of modern American cuisine from the early 1970s to the early ’90s.” - New York Post 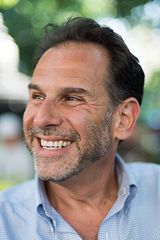 Andrew Friedman has chronicled the life and work of some of our best American chefs. He is the author of Knives at Dawn: America's Quest for Culinary Glory at the Bocuse d'Or, the World's Most Prestigious Cooking Competition and coeditor of the internationally popular anthology Don't Try This at Home. He has also coauthored more than two dozen cookbooks and memoirs with chefs including Alfred Portale, Paul Liebrandt, and Michael White, and collaborated on the New York Times bestselling memoir Breaking Back with tennis starr James Blake. Freidman writes about chefs on his Toqueland blog and interviews them on his Heritage Radio Network podcast Andrew Talks to Chefs. He lives in New York.

Other Works by Andrew Friedman