A Laffopedic Guide to the Formerly Funny 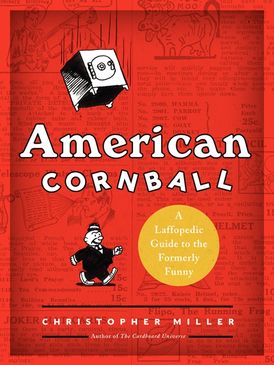 A Laffopedic Guide to the Formerly Funny

American Cornball is Christopher Miller's irresistibly funny illustrated survey of popular humor—the topics that used to make us laugh, from hiccups and henpecked-husbands to outhouses and old maids—and what it tells us about our country yesterday and today.

Miller revisits nearly 200 comic staples that have been passed down through our culture for generations, many originating from the vaudeville age. He explores the (often unseemly) contexts from which they arose, why they were funny in their time, and why they eventually lost their appeal. The result is a kind of taxonomy of humor during America's golden age that provides a deeper, more profound look at the prejudices, preoccupations, and peculiarities of a nation polarized between urban and rural, black and white, highborn and lowbrow.

As he touches on issues of racism and sexism, cultural stereotypes and violence, Miller reveals how dramatically our moral sensibilities have shifted, most notably in the last few decades. Complete with more than 100 period illustrations, American Cornball is a richly entertaining survey of our shifting comic universe.

“A peculiar, enlightening book, an investigation of trivia, a strange history of American life from 1900 through 1966… It’s a delight.” - Elizabeth McCracken, The Washington Post

“A clever, discursive, meticulously researched guide to explain all that old-fashioned humor of yesteryear…impressive survey of humor...an insightful study of the peculiar and contradictory beast that is the American psyche.” - Boston Globe

“Miller writes with the humor that benefits his myriad subjects, and though he says it could have had twice the number of entries (and tells us some in his afterword), consider his book exhaustive. This is the only laffopedia you will ever need.” - Columbus Dispatch

“A spectacular compendium...making inspired zigs and zags through ancient bits and gags, from Krapp’s Last Tape to Andy Capp’s shtick.” - Ben Greenman, author of The Slippage and What He's Poised to Do

“Miller’s lovingly jaundiced exploration of the way America once laughed crackles with insight; the result is that rare book on humor that is as entertaining as its subject.” - Publishers Weekly

“If you yuck and guffaw at the likes of old maids, absent-minded professors and red-nosed topers, then this is just the book for you.” - Kirkus Reviews

“American Cornball is a winning testament to broad-minded playfulness and nerdy expertise, and it’s the perfect book to dip into over and over again: it’s funny and smart and endlessly informative about everything Americans thought to be funny, from Rilke to rolling pins.” - Jim Shepard, author of Like You'd Understand, Anyway

“Christopher Miller recreates a lost world in mind-boggling detail, and explores its implications without losing his aplomb, or his sense of humor.” - Geoffrey O'Brien, author of Stolen Glimpses, Captive Shadows and The Phantom Empire

“There is no way anyone interested in humor won’t find this book essential reading.” - Inkspill 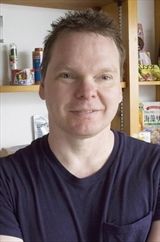 Other Works by Christopher Miller