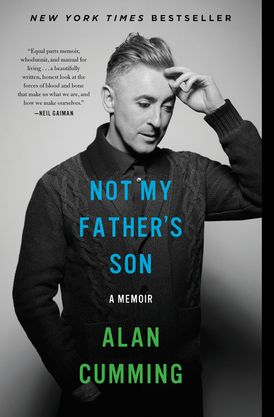 “Equal parts memoir, whodunnit, and manual for living . . . a beautifully written, honest look at the forces of blood and bone that make us who we are, and how we make ourselves.”  --Neil Gaiman

In his unique and engaging voice, the acclaimed actor of stage and screen shares the emotional story of his complicated relationship with his father and the deeply buried family secrets that shaped his life and career.

When television producers in the UK approached him to appear on a popular celebrity genealogy show in 2010, Alan enthusiastically agreed. He hoped the show would solve a family mystery involving his maternal grandfather, a celebrated WWII hero who disappeared in the Far East. But as the truth of his family ancestors revealed itself, Alan learned far more than he bargained for about himself, his past, and his own father.

With ribald humor, wit, and incredible insight, Alan seamlessly moves back and forth in time, integrating stories from his childhood in Scotland and his experiences today as a film, television, and theater star. At times suspenseful, deeply moving, and wickedly funny, Not My Father’s Son will make readers laugh even as it breaks their hearts.

Alan Cumming’s moving memoir NOT MY FATHER’S SON is a beautiful book—sad, funny, haunting, surprising, suspenseful, gut-wrenching, endearing. It will linger inside of you long after you turn the final page. - Harlan Coben, author of New York Times bestsellers Missing You and Six Years

“Equal parts memoir, whodunnit, and manual for living, NOT MY FATHER’S SON is a beautifully written, honest look at the forces of blood and bone that make us what we are, and how we make ourselves. I was completely sucked in.” - Neil Gaiman, author of American Gods and Ocean at the End of the Lane 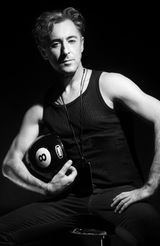