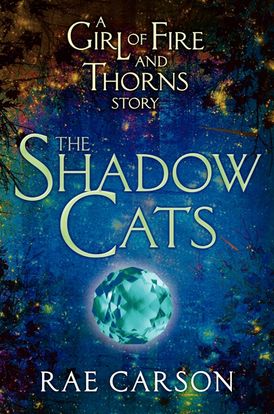 Once a century, one person is chosen for greatness. And it was not Alodia.

Alodia is the crown princess of the realm. The sister who knows how to rule, the one who is constantly reminded that she has not been marked for a grand destiny. But Alodia has plans, and she will be the greatest queen her people have ever known. So she travels—with her hopeless, naive, chosen sister—to a distant part of their land, to begin to secure her supporters. This region needs its princesses, for it is plagued with a curse; the crops don't grow, spring doesn't arrive, and a fierce jaguar stalks in the shadows, leaving behind only empty homes splashed with blood. If Alodia can save them, no one will be able to deny her strength and her sovereignty.

But what she discovers could change the fate of her kingdom, if not the entire world. And it will most certainly change her opinion of her younger sister.

Rae Carson is the author of two bestselling and award-winning trilogies, as well as the acclaimed stand-alone novels Any Sign of Life and The Empire of Dreams. Her debut, The Girl of Fire and Thorns, was named a William C. Morris Award finalist and an Andre Norton Award finalist. Walk on Earth a Stranger was longlisted for the 2015 National Book Award and won the Western Writers of America Spur Award. Her books tend to contain adventure, magic, and smart girls who make (mostly) smart choices. Originally from California, Rae Carson now lives in Ohio with her husband. www.raecarson.com