Nothing Bad Is Going to Happen 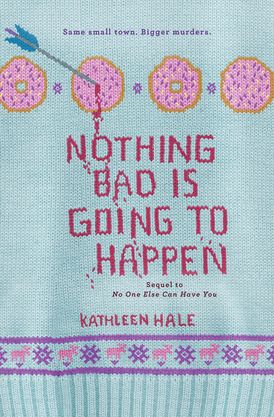 Nothing Bad Is Going to Happen

“I hope if I am ever murdered, Kippy Bushman takes up the case. I also hope that I am not murdered.”— John Mulaney

“Kathleen Hale somehow manages to write satire without condescension, humor without disdain and a genuine thriller without ever letting up.”— Jesse Eisenberg, Academy Award nominee for The Social Network

Teenage sleuth Kippy Bushman is back in Kathleen Hale’s murderously funny sequel to No One Else Can Have You, which was named one of Time’s Best Young Adult Books of the Year. Even more shocking and thrilling than its critically acclaimed predecessor, Nothing Bad Is Going to Happen is another clever, riotous dark comedy that’s perfect for fans of the cult-classic film Fargo, the beloved television show Veronica Mars, and books like Sara Shepard’s Pretty Little Liars series.

Just when you thought it was safe to go back to Friendship, Wisconsin…

After catching her best friend’s murderer a few months ago, Kippy thought the worst was over. Then she found her boyfriend at home, barely breathing and clinging to life. The sheriff insists it was a suicide attempt, but Kippy refuses to believe it. And with everything that’s happened to her, Kippy wonders if something more sinister is going on. But in a town where everyone has their secrets and a next-door neighbor could be a serial killer, who can she turn to for help?

“Reading this book is like poring over a cold-case file alone in a large room, late at night…if that cold-case file were also hilarious. I hope if I am ever murdered, Kippy Bushman takes up the case. I also hope that I am not murdered.” - John Mulaney

“Kathleen Hale somehow manages to write satire without condescension, humor without disdain and a genuine thriller without ever letting up. It’s this totally singular style that makes her wonderful new book, Nothing Bad is Going to Happen, the perfect and more-than-welcome follow-up to her excellent debut. - Jesse Eisenberg

“Like its predecessor, this has a Fargo-esque feel, pairing stark violence with quirky humor for a heady mix.” - Bulletin of the Center for Children’s Books

“Humor and mystery and murder all rolled into one treat.Hale’s writing is pitch perfect and Kippy’s voice is authentic and character driven.” - Examiner.com

Praise for NO ONE ELSE CAN HAVE YOU: “Can a murder mystery be funny? You betcha!” - Kirkus Reviews (starred review)

“Hale nimbly manages a satisfying blend of chills, suspense, and laughs in this dark comedy.” - Bulletin of the Center for Children’s Books

“A super-duper mystery...snort-inducingly funny, from start to finish.” - ALA Booklist 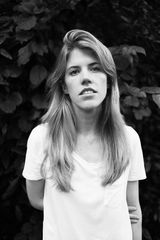 Kathleen Hale was born and raised in Wisconsin. She graduated from Harvard in 2010. This is her first novel.

Other Works by Kathleen Hale

No One Else Can Have You